Finley: Not guilty, but still out four and a half years of freedom

Larry Clemons, 33, of Flint was found not guilty last month of 14 felonies, including murder, after serving 4-1/2 years in the Genesee County jail

Finley: Not guilty, but still out four and a half years of freedom

For four and a half years, Larry Clemons woke up every morning in a jail cell, lonely and afraid that his life would never be normal again.

But for the past month, Clemons has awoken at the bottom of a pile of children, who one-by-one through the night slip into their father's bedroom.

“It’s such a beautiful feeling,” Clemons says. “Before morning they all end up in the bed with me because they missed me so much.” 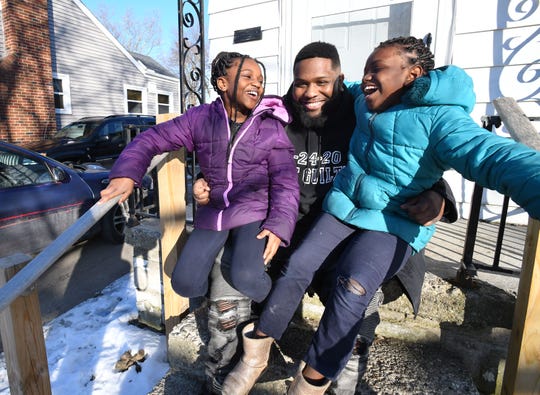 Larry Clemons with his two daughters Jaliyah Clemons, 9, and Jieamah Clemons, 8, smiles on their front porch of their home in Flint. Clemons has two sons, as well, Jacob Clemons, 11, and Larrion Clemons, 6. Larry Clemons spent 4.5 years in jail while awaiting trial for murder charges before he was ultimately found not guilty. (Photo: Daniel Mears, The Detroit News)

Clemons, 33, of Flint was found not guilty last month of 14 felony charges, including murder. Before the verdict came, he was the longest-serving inmate in the Genesee County jail, having been locked up since September of 2015, doing time as a man presumed innocent while his case crawled through the judicial system.

He became the poster child of the jail reform effort led by Lt. Gov. Garlin Gilchrist and state Supreme Court Chief Justice Bridget McCormack, whose commission last month delivered a series of policy recommendations, including streamlining the delivery of justice.

One goal of the reforms, which are now being considered by the Legislature, is to guarantee a defendant waits no longer than 18 months for a trial, and ideally has his or her case adjudicated within six months, which the U.S. Supreme Court has set as the definition of a speedy trial. 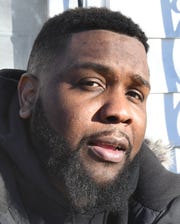 Larry Clemons, who was in jail for 4.5 years while waiting trial for murder charges, was eventually tried and found not guilty. (Photo: Daniel Mears, Detroit News)

Clemons was found not guilty and freed, so his story has a happy ending. But nothing changes the reality that he paid more than four years of his freedom for a crime a jury ultimately found he didn't commit. There’s no getting that time back.

And since he wasn't wrongly convicted and imprisoned, the state has no obligation to compensate him for his time behind bars.

“At first, I was very bitter,” Clemons says. “I went through all that really for nothing. You all set me in a building, violating every right I had. But I came to realize that me being bitter ain't going to get me the four and a half years back. Thank God I had the chance to get back to my family.”

NOLAN OUT LOUD: Get Nolan Finley in your inbox every weekday morning with his new newsletter, coming in March. Sign up here.

That family includes a fiance and four children, ranging in age from 6-11. While he was in jail, he could only see them on a video screen when they came to visit.

“I was gone so long I have to learn them all over again,” he says. “They were babies when I left. They’ve grown up so much. They're so smart. It's a blessing that I get to know them.”

During the trial, Clemons was not sure which way the verdict would go. He felt both the prosecutor and his attorney presented strong cases.

“When my attorney came in and told me they got the verdict, I got this uneasy feeling,” Clemons says. “Twelve people got your life in their hands and you don’t know what they’re going to do. When the jury stood up and said not guilty, I cried so hard. I was overwhelmed.

“I told them all this time that I was not guilty. But I had to wait four and a half years years for 12 other people to say I’m not guilty.”

Next for Clemons is a move with his family to Houston, where he’ll resume work as a spot welder in a new environment far away from Flint, with new friends and fewer temptations to stray into the lifestyle that brought him to the attention of the law in the first place.

“We need a fresh start,” he says. “I feel like they took my life away, but it was a growing experience. I learned so much. I learned you can never take life for granted.

Catch Nolan Finley on “One Detroit” at 7:30 p.m. Thursdays on Detroit Public Television.