Editorial: Changes to elections should go to Legislature

This significant shift in policy should have gone to the Legislature for approval.

Editorial: Changes to elections should go to Legislature

There’s nothing objectionable about making it as easy as possible for every Michigan voter to cast a ballot in the upcoming elections, particularly since the COVID-19 pandemic may present challenges to in-person voting.

Our issue with Secretary of State Jocelyn Benson’s decision to send an absentee ballot application to every registered Michigan voter is that it is yet one more example of the executive branch using the virus as an excuse to bypass normal governing protocols to act unilaterally in setting policy.

Michigan gives the responsibility of distributing absentee ballots to local clerks, and they do so under law by request of the voter. 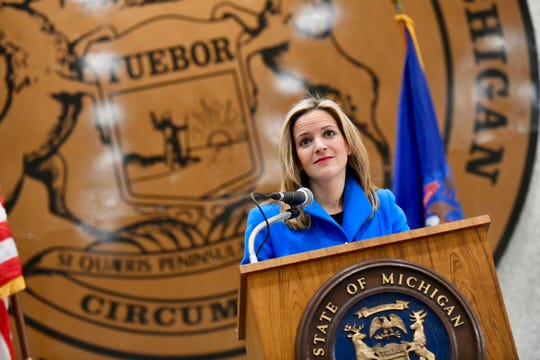 Benson’s edict removes that function from the clerks, who are best equipped to safeguard the process against fraud.

It also ignores the Legislature’s role in setting election law.

This is a significant shift in policy, and it should have gone to the Legislature for approval.

But the Democrats running the executive branch have sought to neuter the Republican-controlled Legislature at every opportunity during this crisis.

Gov. Gretchen Whitmer, of course, has declared herself the sole authority in Lansing, setting the legislative branch on the sidelines. Her ability to do so is being challenged in court.

She and Attorney General Dana Nessel committed the state to a nearly $100 million settlement of the federal literacy lawsuit filed on behalf of Detroit students without consulting legislative leaders, who presumably will have to approve the appropriation — unless Whitmer intends to usurp their budget-making authority as well.

Now Benson is getting in on the authoritarian act.

This crisis is not an unlimited excuse for our elected officials to ignore constitutional separation of powers. They should stay in their lanes.

That, by the way, goes for President Donald Trump as well. In response to Benson’s declaration, the president in a tweet threatened to withhold emergency aid to Michigan.

He should be reminded states are empowered to set their own election laws. It’s an affront to federalism for the president to attempt to blackmail states in such a manner.

Our constitutions, both state and federal, don’t go away in times of crisis. That’s when they’re needed most, because that’s when politicians are most tempted to erase the protections put in place to maintain the people’s power over their government.

If Benson thinks it’s necessary to substantively change the way elections are conducted in Michigan, she should go to the Legislature.