If Affordable Care Act subsidies are struck down, Congress should be prepared 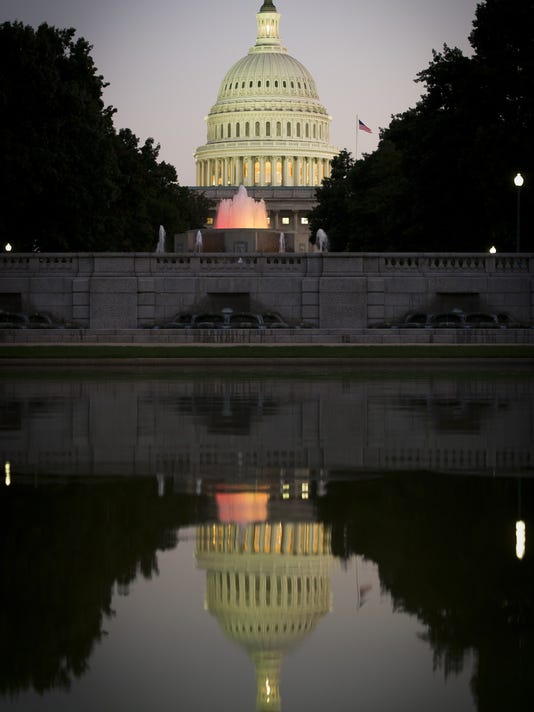 If a crucial part of Obamacare is struck down, Congress needs to be prepared with a Plan B.(Photo: MLADEN ANTONOV / AFP/Getty Images)

It's a given that one of the first things the new Republican-controlled Congress will be pressured by its constituents to do is pass a bill to repeal Obamacare. And if it does, the measure will without a doubt be vetoed by the law's namesake, President Barack Obama.

Once that formality is out of the way, lawmakers should get busy on fixes to the Affordable Care Act to head off a potential disaster for consumers should a Supreme Court ruling dismantle the foundation of Obamacare this spring.

In King vs. Burwell, the court is being asked to decide whether the law means what it says — that insurance subsidies can only go to states that established insurance exchanges, and not to the 36 states, including Michigan, where the federal government stepped in to run the exchanges.

If the court rules against the Health and Human Services Department, 5.4 million policyholders will lose their subsidies. Without the subsides, rates will soar — in Michigan, HHS estimates consumers will see a 353 percent hike. Obviously, many if not most will not be able to continue their health insurance plans.

Once the court rules, its decision will go into effect in 25 days. If the ruling goes against the government, Congress will have little time to respond.

Of course, many Republicans would prefer to see Obamacare collapse, accomplishing through the law's own bungling what they couldn't through the legislative process.

But they should fully know by now that they will get the blame once the media starts spinning out stories of Americans being denied health care. If they wait for the court to rule, they will face a choice of either passing a simple bill that rewrites the law to restore the subsidies, or risk throwing the nation's health care industry into chaos.

Health insurers have been reorganizing their business for five years to comply with Obamacare. The changes they've made can't quickly or cheaply be undone. It's not simply a matter of saying goodbye to the ACA and returning to the old system. Repairing the mess will take years.

A better approach for Republicans would be to get out ahead of the ruling with a reform bill that addresses the high costs of Obamacare.

Return oversight of insurance policies to the states, and allow them to strip away much of the regulations that came with the ACA. A key cost-saving reform would throw out the layers of mandated coverage and allow insurance companies to sell policies tailored to the individual needs of consumers.

Lowering the cost of Obamacare policies will lessen the need for subsidies, should the court rule them illegal.

While it's at it, Congress should attack provisions in Obamacare that discourage full-time hiring, raise costs for small businesses and oppressively tax the medical device industry. These are all measures that enjoy some level of bipartisan support.

Republicans and moderate Democrats should work together to craft a bill that would mitigate the impact of a Supreme Court ruling that kills the subsidies. Send it to the president and let him make the choice of either signing it or allowing the nation's insurance industry to collapse.