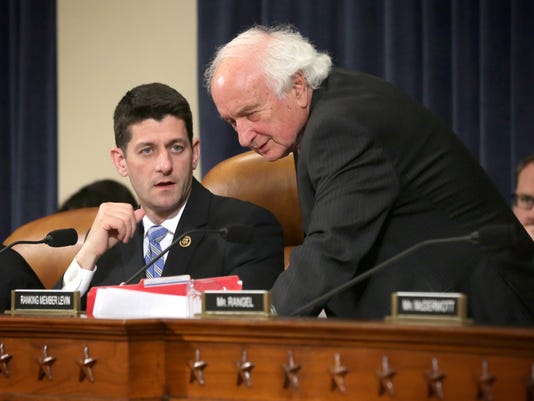 Congress has a chance to help the economy by passing the Trade Promotion Authority (TPA). This critical legislation would establish a pact between Congress and the president for negotiating trade agreements that could be enacted quickly and without amendments.

The ability of the U.S. economy to trade freely with about a billion international customers depends on this so-called "fast-track" bill, which has support from bipartisan members of Congress, as well as the White House.

Previous trade agreements boosted U.S. output by more than $300 billion, supporting an estimated 5.4 million U.S. jobs, according to the U.S. Chamber of Commerce. And since 95 percent of the world's customers live outside the U.S., these agreements are critical to economic growth.

International trade is also a major driver of Michigan's economy.

Since 2002, Michigan's goods exported to countries with which the U.S. has free trade agreements have increased 54 percent, according to the Business Roundtable. In 2012, $39.2 billion — 68 percent — of Michigan's exported goods went to these partners.

And foreign-owned companies employ hundreds of thousands of people in the state.

The trade bill is particularly noteworthy for its emphasis on transparency. The bill would strengthen Congress' power to access text in future negotiations by requiring the administration to provide public summaries of its negotiating positions, and it proposes a chief transparency officer to make information available to the public.

Additionally, the authority would remove protections and privileges for state-owned enterprises while beefing up intellectual property protections for businesses. It would also establish standards for labor and environmental conditions, and would protect the freedom of data to flow across borders on an open Internet.

Unfortunately, Sen. Debbie Stabenow and Rep. Sander Levin are among a group of congressional members threatening to hold up the bill's otherwise likely passage. Stabenow wants to see even stronger rules to prevent foreign partners from manipulating currency than those already included in the legislation, and Levin called it "a major step backward."

Stabenow and Levin are in part trying to protect union interests, but there are provisions in the bill to help displaced workers, including an extended tax credit for health insurance and other jobs aid.

The trade authority would allow American businesses to operate in the global marketplace from a strong, unified position, and it establishes clear guidelines for the president and Congress to follow.

Congress should take advantage of the rare bipartisan support for this legislation and pass it soon.