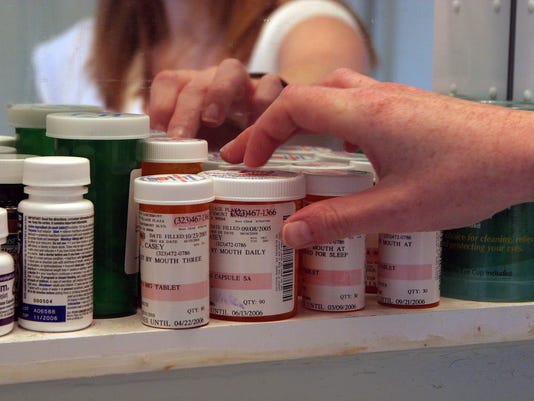 The challenge in attacking prescription drug abuse is to keep the pills away from those who abuse them without restricting access of those who truly need the medicine. The task force assigned that job by Gov. Rick Snyder seems to have struck the right balance.

The recommendations by the Michigan Prescription Drug and Opioid Abuse Task Force are thorough and workable, and should help combat the expanding problem of painkiller abuse.

Formed in June, the task force lists 25 primary recommendations and seven contingent recommendations in the areas of prevention, treatment, regulation, policy and outcomes and enforcement.

The suggestions include updating or replacing the Michigan Automated Prescription System, which tracks controlled drugs; requiring registration and use of MAPS by those who are prescribing and dispensing prescription drugs; updating the licensing of pain clinics, which hasn’t been done since 1978; increasing licensing sanctions for health professionals who violate proper prescribing and dispensing practices; and limiting criminal penalties for low-level offenses for those who seek medical assistance with an overdose.

The list is extensive because the problem is complicated and far-reaching. Pain killers are powerful opioids that are highly addictive and dependence affects millions of people in the United States. Michigan ranks 10th highest nationally in per capita prescription rates of opioid pain relievers and 18th in the nation for all overdose deaths.

Accidental drug poisonings have quadrupled in Michigan since 1999, largely due to the increase in opioid painkiller use. The painkiller hydrocodone is now the most prescribed drug in Michigan. There is also a strong link between opioid use and fatal heroin overdoses.

Some of the recommendations of the task force will require legislative action and that’s where lawmakers like Rep. Jason Sheppard, R-Temperance, get involved.

Sheppard says he’s ready to mobilize his colleagues and work with various substance abuse coalitions to pass whatever legislation is needed to support the Task Force recommendations. He worked with the Monroe County Substance Abuse Coalition while on the Monroe Board of Commissioners. He hopes to get the legislative process started soon.

Doctors are on the front line of the fight. They must be more judicious in the writing of prescriptions. Opioids should be used for acute pain, and even then far more sparingly than they are today. Patients, too, must understand when opioid painkillers are appropriate, and when less addictive medicines would work better.

Although ambitious, the recommendations, when fully implemented, should help counter the growing trend of prescription drug abuse.