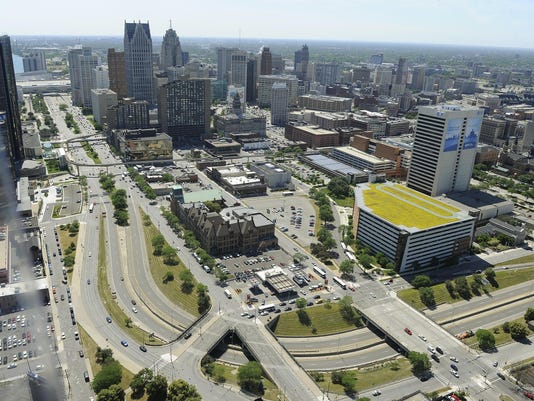 There are too few jobs in Detroit, and it’s a challenge preparing residents for the kinds of jobs that are increasingly available.(Photo: Daniel Mears / The Detroit News)Buy Photo

Detroit’s economic recovery has made it to several of the city’s centers — mainly downtown, Midtown and Corktown. But the city’s neighborhoods remain poverty-stricken, with tens of thousands of residents who lack education and are unable to find a job that matches their skill levels.

Despite the resurgence, there are still far too few jobs in Detroit, and more worrisome, too few jobs available to Detroiters. That’s what a recent workforce study has revealed, underscoring that Detroit’s major challenge is educating and training its residents for the kinds of jobs increasingly available in the Motor City.

The city’s revitalization will ultimately mean little if it doesn’t provide economic progress for all Detroiters, and the city won’t sustain long-term growth if it doesn’t close the skills gap between its residents and its job creators.

The study, “Detroit’s Untapped Talent: Jobs and On-Ramps Needed,” finds few Detroit residents work in the actual city, and, overall, only 53 percent of working-age residents had any type of job in 2014, compared to 75 percent nationwide. The report was commissioned by JP Morgan Chase.

That’s largely because of the huge skills gap in Detroit.

According to the study, 71 percent of residents with a bachelor’s degree or higher were employed in 2013. Compare that to the employment rate of those with less than a high school diploma: just 30 percent.

Those numbers reflect the dearth of entry-level jobs in the city and underscore how critical it is to get working-age Detroiters into vocational programs and community colleges to train for the jobs they need — and that the city needs them to have.

The other side of the dismal picture of work in Detroit is that the majority of higher-skilled workers in the city don’t actually live there.

Seventy-four percent of all jobs in Detroit, Hamtramck and Highland Park are held by those who live outside the communities. And of the Detroit residents who do work, 64 percent commute outside the city to their jobs, and about half of those are in the lowest wage bracket, earning less than $1,250 a month.

So high-skilled labor drives into the city to work every day, and drives out. Low-skilled labor struggles to find a way out of the city for low-paying jobs that aren’t widely available in Detroit.

It creates an economic imbalance that can only be solved by either bringing more entry level work into the city or improving the skills of Detroiters.

Job posting data analyzed in the study show there’s high demand for positions such as software developers, nurses, sales representatives for wholesale and manufacturing, and computer systems analysts. Openings for truck drivers were an exception to the emphasis on high-skilled job availability. These are skills that can be obtained in training programs and don’t necessarily require a college degree.

These are good jobs in the private sector that signal real growth. Detroiters should to be filling the slots. The skills and opportunity gaps must be closed.