The fighting over Flint is immersed in campaign politics, but this isn’t the time for a partisan slug-fest 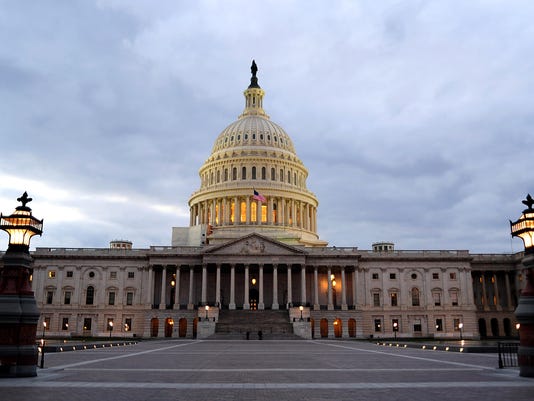 Members of Congress are holding up the government funding bill over whether they should include emergency money for Flint. Lawmakers, who are planning to include $500 million in disaster relief for recent Louisiana flood victims, are at odds about aid for Flint’s man-made disaster. This isn’t the time for a partisan slug-fest.

A disaster is a disaster, no matter the cause. And what happened in Flint, with lead leaching into the drinking water, definitely counts as a disaster. The people of Flint have waited a year for broad relief. And while Michigan’s congressional delegation has done a good job making the case for Flint, other politicians aren’t sold that the funding needs to be included now.

It should. There is no reason to make this a political fight.

Yet that’s what is happening. Senate Democrats are planning to block a vote on a short-term funding bill because it leaves out Flint funding. They say it’s not fair to offer relief for flooding victims and leave out $220 million that would go toward replacing lead pipes in Flint. They’re right.

This debate has reached a growing urgency as Congress must pass its continuing resolution to fund federal programs for 10 more weeks. Otherwise, the government shuts down Oct. 1.

A group of Democratic senators that includes Michigan’s Debbie Stabenow and Gary Peters has asked Republicans congressional leaders to rethink Flint funding and include relief for the city and others that are dealing with contaminated drinking water.

“It has been one year since Flint declared its drinking water unsafe due to lead poisoning, and eight months since the area received a federal emergency declaration,” the Democrats wrote in their letter to Senate Majority Leader Mitch McConnell, R-Kentucky, and House Speaker Paul Ryan, R-Wisconsin.

Yet McConnell isn’t convinced and blames Democrats for holding up the stop-gap legislation. The funding bill finally includes money for fighting Zika — another common sense investment Congress has argued over since the summer.

Democrats are frustrated because they had originally wanted the Flint funding to be included in the Water Resources Development Act bill. The Senate had already passed its bill earlier this month by a wide margin. But the House has left out the Flint aid from its version of the water bill.

On Monday, House Republicans blocked an amendment from Rep. Dan Kildee, a Democrat from Flint Township, to include the Flint funding in the water legislation.

Ryan last week made the case that Flint’s crisis was a “more of a local government issue” and should be handled apart from the continuing resolution. That doesn’t mean Congress gets a free pass from helping Flint. Recall that Environmental Protection Agency officials were just as much at fault as were state officials in their failure to alert residents to the lead contamination in their water. Consequently, the federal government has a stake in making amends.

Ryan has also said this funding should be addressed in the water bill. He should follow through on that sentiment.

Given the election around the corner, there is no doubt that the fighting over Flint is immersed in campaign politics. Real people’s lives have been impacted by this disaster, however, and they deserve action from their elected leaders.