Our Editorial: State should let pooches on patios

Lawmakers are considering a bill that would lift statewide ban on dogs at outdoor restaurants; it’s the right call

Our Editorial: State should let pooches on patios 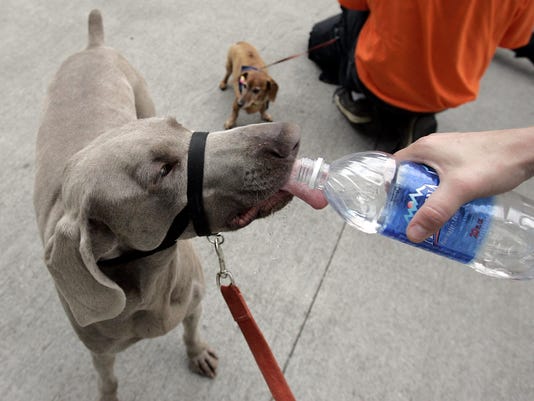 Michigan lawmakers should pass a bill that would lift the statewide ban on dogs at outdoor restaurants.(Photo: Steve Perez / The Detroit News)Buy Photo

The Legislature is weighing a bill that would give restaurants the option of letting dog owners bring their pets with them to outdoor dining areas. As the state seeks to reduce unnecessary and burdensome laws, this is a good one to shed.

The Senate passed the bill, sponsored by Sen. Margaret O’Brien, R-Portage, in May. Now the House should follow suit.

The bill would transfer the authority over these decisions to local communities and restaurants, which could still choose to ban dogs in outdoor cafes. But it rightly would lift the state ban. Under current law, only seeing-eye and other service dogs are allowed in restaurants.

The proposed legislation contains basic safeguards for safety and cleanliness.

O’Brien had previously introduced the legislation last session, too, and the Senate had passed it in September but it wasn’t acted on in the House.

“Dogs have become important members of the family,” said O’Brien last year. “With so many pet-friendly amenities like dog parks and hotels that accept dogs, it is reasonable to allow restaurants to decide if dogs are allowed on their outdoor patios.”

Jarrett Skorup, marketing and strategic outreach manager at the Mackinac Center for Public Policy, says the bill has merit.

“If a restaurant owner wants to allow dogs in a restaurant, then he should be allowed to, and if people don’t want to eat somewhere with dogs, then they should find somewhere else to eat,” Skorup says. “And I think the market will do a good job sorting out whether it’s a good idea or not.”

Other states allow dogs in restaurants, and there’s no good reason why Michigan doesn’t as there are no real health or safety risks. And the dog owner remains ultimately liable if anything were to happen.

“If there is shown to be harm, then that’s when government should talk about regulating something,” says Skorup. “But in this instance, I don’t see any evidence that this is going to cause harm, and so restaurants should be able to do it if they want to.”

The Michigan Restaurant Association is neutral on the legislation.

Local governments and individual restaurants can competently decide whether dogs should be allowed in their outside dining areas.

Pass the bill. Give people what they want: the option to have a day out on the town with their pooch in tow.