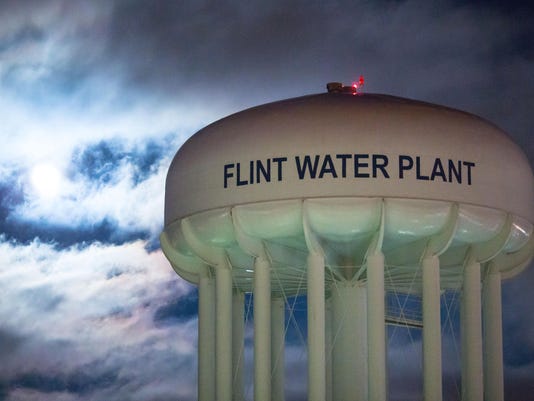 There’s safe water now in Flint, but the city still has much to overcome.(Photo: Brett Carlsen / Getty Images)

Two years after scientists from Virginia Tech revealed the lead poisoning of Flint’s water, the same researcher has declared the city’s drinking water safe to drink. That marks an important milestone in this disaster, but not yet its end.

Mark Edwards of Virginia Tech’s college of engineering says the final tests of Flint’s water reveal lead levels of 8.3 parts per billion, safely under the federal standard of 15 parts per billion.

The results are roughly the same as those from an August, 2016 test, prompting Edwards to issue an all-clear message.

Residents are still advised to use filters on their taps or to drink bottled water as a precaution. But in terms of actual risk, Flint’s is no greater than in any city with old, lead water lines.

The fact that so many of those lines are still in service works against re-establishing trust in the drinking water, however.

Although Flint could safely operate with the water system as it is, continuing work on replacing 20,000 lead service lines is essential to convince present and future residents that Flint is a safe place to live. The city hopes to have them all gone by 2020, but is off to a slow start, replacing just about 2,200 lines so far.

There are other challenge for the city.

Just this week, researchers looking at birth rates in Flint say the data suggests lead in the water impacted the fertility of Flint residents and may have led to an increase in miscarriages.

Clearly, the full impact on the health of those who drank the water is not yet known, and ongoing research is needed.

The water crisis also triggered a rise in blight, as residents abandoned homes that had lost much of their value because of the tainted water. Refilling those houses, or tearing them down, will be expensive.

In addition, some residents faced foreclosure because they stopped paying for water that was unfit to use.

There’s also the matter of a City Hall that hasn’t yet proved it can manage the flood of money coming into Flint to address the water crisis. The federal and state governments have committed $100 million each to fix the water lines, and other funds are arriving from public and private sources.

Spending money in an efficient and timely fashion is something Flint has not been very good at in the past. It must do better now.

Perhaps the biggest future mission is to track the children who drank the tainted water to see whether and how they were impacted. Increased blood lead levels can stunt brain development and lead to behavioral problems later in life.

Providing those children the ongoing monitoring and assistance necessary to deal with any consequences that arise should get top priority, and first claim on funds.

Many of the state officials whose decision-making contributed to the crisis are now facing criminal prosecution. Civil suits are also pending. And Flint is bound to be an issue in next year’s elections for statewide offices.

So while the water is back at safe levels, the fallout will continue for many years to come.