Editorial: Kids get grades; so should schools

At least 17 states, including high-performing Florida, have a letter-grade accountability system. This ought to be a no-brainer.

Editorial: Kids get grades; so should schools 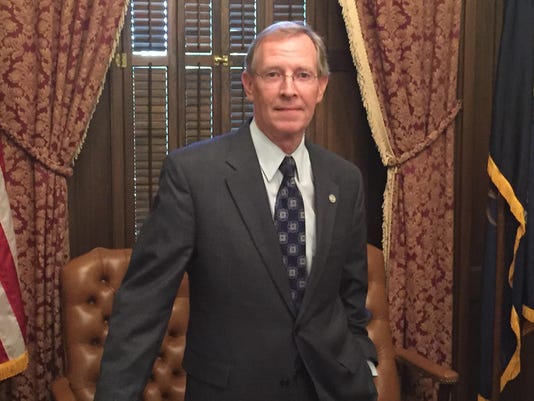 Michigan’s resistance to common-sense education reforms has continued to hold back progress in K-12 schools. Case in point: Lawmakers have tried for years (and failed) to pass a clear and transparent A-F school grading system. It’s on the docket for lame duck, and the Legislature should get it done this time.

This ought to be a no-brainer. At least 17 states, including high-performing Florida, have a letter-grade accountability system. And guess what? They all are outpacing Michigan on national standardized tests.

This state’s confusing range of school rating systems has included a bizarre color-coded model, a top-to-bottom ranking and now a dashboard.

Education wonks may enjoy sifting through the data to decipher what it means. But most parents would appreciate something a little more concrete.

House Education Reform Committee chairman Tim Kelly has long believed that an A-F grading model is right for Michigan. Term-limited in the House, the Saginaw Township Republican is making a final attempt to get this passed.

Kelly’s bill deserves the support of his colleagues.

In a letter to fellow lawmakers earlier this month, Kelly laid out three bills he wants to prioritize in the final weeks of the legislative session. In addition to A-F, he is pushing a package of bills that would address teacher preparation. Other legislation would seek to give innovative schools more flexibility in instruction.

“A-F ratings, incorporated into the State Board of Education-approved dashboard, are crucial for promoting transparency and establishing effective incentives for schools,” Kelly wrote. “Not surprisingly, these ratings are popular with parents who repeatedly poll well over 75 percent in support.”

Gov. Rick Snyder has also been a vocal supporter of an A-F model, as have school advocacy groups, including the Education Trust-Midwest.

Kelly’s bill, which he introduced in February, would create a commission to develop a grading system that is based on achievement in six areas, including math and English proficiency and progress, graduation rate, absentee rate and participation on taking statewide tests.

The topic of letter grading came up two years ago, when lawmakers passed a $617 million bailout of Detroit Public Schools. Part of the deal was that the state School Reform Office would create an A-F model for all Detroit schools. That’s just now getting done, and Kelly has said he doesn’t find initial reports very encouraging.

If the Legislature adopts a statewide model, that would replace Detroit’s. It’s only fair that all Michigan’s schools be subjected to the same grading measures.

This is a good bill, and should stand on its own merits. Some are concerned that in an effort to get enough support, the A-F bill will get paired with another bill that would take the backward step of weakening current teacher evaluation standards.

We’ve cautioned against doing that — the original law was hard fought and fairly done, with plenty of compromises already in place.

Stripping the heft out of teacher evaluations wouldn’t be a good trade for the school grading model.

Kelly is right to push the A-F concept, and his fellow lawmakers should join him.