"Kudos to the Michigan Legislature for starting off its new session with a bipartisan pact to protect the civil liberties of citizens." 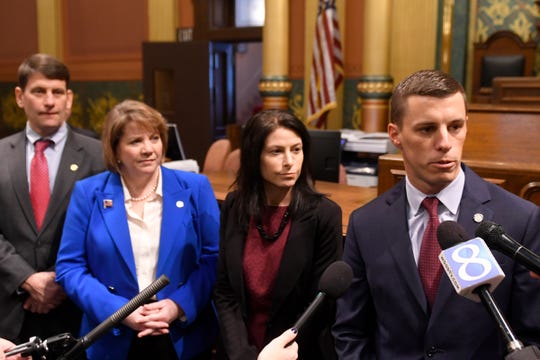 Kudos to the Michigan Legislature for starting off its new session with a bipartisan pact to protect the civil liberties of citizens. We’ve long advocated for requiring a criminal conviction before police can strip private property from someone under investigation, and these bills would do that.

The proposal was introduced Wednesday, on the first day of the 100th Legislature. New House Speaker Lee Chatfield, R-Levering, is a strong proponent of the reforms. And so is Democratic Attorney General Dana Nessel, who appeared at a press conference with Chatfield.

In recent years, the Legislature has made steps to improve the asset forfeiture process and to make it more transparent. But reforms that went further stalled last year.

"This is a common-sense solution," says Chatfield. "This is America, and having your property seized by the government should require a conviction. It's as simple as that."

The law currently allows police to take property from individuals suspected of criminal activity -- even if charges are never filed.

The new bills would require a conviction to seize property -- cars, cash or other valuables -- worth less than $50,000. And they would also raise the standard of evidence for police to take property of greater value.

This legislation is similar to reforms introduced in the last session by then-Rep. Peter Lucido, a Republican from Shelby Township. Lucido’s proposal made it out of the House, but it got stuck in the Senate Judiciary Committee. Now in the Senate, Lucido chairs that committee, and he’s on board to get this done. 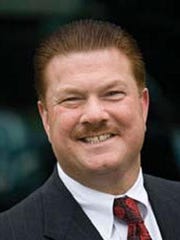 The extra property protections are needed in part because Michigan law enforcement can keep 100 percent of the profits from assets seized, and this has encouraged "policing for profit" and has been a way for police to boost their budgets.

According to a House statement on the legislation, in 2017 “Michigan law enforcement agencies reported confiscating $13.1 million worth of cash and property through civil asset forfeiture.” It goes on to say that in more than 200 cases, individuals who were found not guilty still ended up permanently losing their property. In 736 cases, charges weren’t filed at all.

That’s an affront to due process, and it’s the reason why reforming civil asset forfeiture has received the support of a wide spectrum of groups, from the American Civil Liberties Union to the Mackinac Center for Public Policy.

More than a dozen states now require a criminal conviction before police can take property from citizens. Michigan should join them.