"Rather than negotiate, the governor retreated to her office to hurl insults at GOP lawmakers." 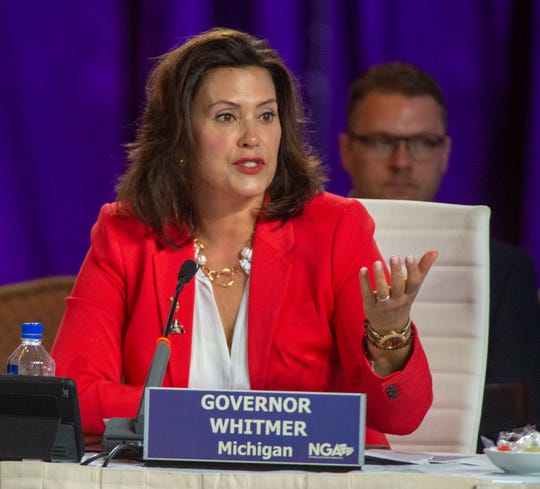 Gov. Gretchen Whitmer justified her line-item vetoes and shifts of nearly $1.6 billion of the budget approved by lawmakers by claiming the Legislature is "broken" and she must act to protect taxpayers.

But what Whitmer is doing is breaking regular order governing to cover her own unwillingness to do the hard work of managing a politically divided government through honest negotiations and consensus building.

And just like that, Lansing looks a lot more like Washington, D.C., shifting from a state where pragmatism ruled for eight years to one mired in partisan politics.

The Legislature did its job precisely as outlined by the Constitution. It engaged in the back-and-forth debate between Republicans and Democrats to set spending priorities, and it passed a series of budget bills, most with bipartisan input, before the deadline.

It was Whitmer who failed to do what was required of her. She walked away from the bargaining table three weeks ago and hasn't engaged since with the Republicans who control the Legislature, and who, by the way, were also elected by Michigan voters with certain expectations.

Rather than negotiate, the governor retreated to her office to hurl insults at GOP lawmakers.

She declared the budget she received a "mess" and issued a record number of line-item vetoes. Now she's relying on an extreme reading of an obscure clause in the Constitution to move money around within department budgets, effectively bypassing lawmakers in deciding how tax dollars will be spent.

The clause allows the state administrative board, made up of Whitmer appointees and Democratic cronies, to effectively act as the Legislature to approve such budget shifts, and it did so Tuesday.

Former Gov. John Engler threatened to use the tactic, before reaching an agreement with lawmakers. In that instance, the state Supreme Court ruled the governor had the legal authority.

Still, it's hard to imagine the authors of the Constitution intended to hand over so much appropriation authority to the executive branch. The Legislature, as it resumes negotiations with the governor, is obliged to aggressively defend it's authority to specify how tax money is spent.

The governor opened the budget talks with a proposal to raise the fuel tax by 45 cents a gallon to generate $2.5 billion for roads and schools. She campaigned on a pledge to "fix the damn roads" and assumed her election indicated public support for a massive tax hike to fund road work.

She was wrong. Polls showed overwhelming opposition to the increase. And while Senate Republicans expressed a willingness to accept a somewhat lesser revenue hike, it was too much to ask of House members, who are the only ones who will face voters next fall. The governor blames Republicans, but it was her own Democratic House caucus that doomed her proposal by withholding its support.

For the budget items she vetoed, Whitmer will have to resume negotiations with lawmakers on how to reallocate that money. She also will need the Legislature if she hopes to put in place a long-term plan to finance accelerated road work.

The hostility she's generated with her petulant approach to the budget process makes both tasks more difficult.