As Detroit leaders seek to rectify the overtaxation of homeowners by roughly $600 million, they are considering a range of options to help ease current tax burdens — and help keep residents in their homes. Here’s something else they need to put on the list: Cut the property tax rate.

Those communities have a substantially lighter property tax burden, while providing better city services and schools.

If Detroit hopes to retain its residents and compete for new ones, it should follow suit.

While the city, under Mayor Mike Duggan’s administration, has revamped property tax assessments, bringing them in line with their true market value, the tax rate itself also deserves attention.

John Naglick Jr., finance director and chief deputy CFO for the city of Detroit, says much of the city’s millage is for other tax jurisdictions, including the state, county and schools. But the city levies nearly 20 mills for operating expenses — the maximum millage allowed — plus another 9 mills in voter-approved bond debt. In addition, the Detroit Public Library levies 4.6 mills. 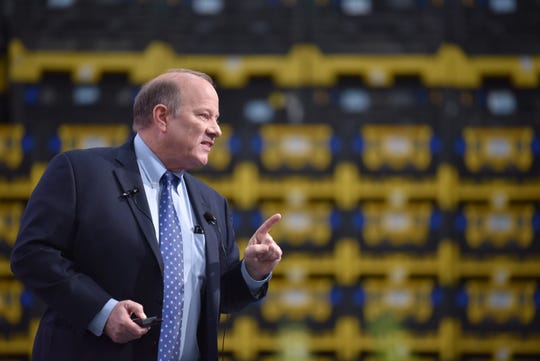 Naglick isn’t aware of any of the respective entities discussing lower levies.

A Detroit News investigation in January came up with the $600 million figure for overtaxation between 2010 and 2016. That’s caused an uproar among homeowners. Assessment officials had failed to bring down property values following the recession.

It was a failure of city government, and residents paid the price with tax bills they couldn’t afford and foreclosure. But the city’s hands are tied as far as what it can repay, Duggan has said. Plus, Detroit isn’t far removed from bankruptcy and doesn’t have the ability to make those payments without harming schools and other services — not to mention hiking taxes.

Other assistance is on the way for city residents struggling with their bills. Duggan and Wayne County officials supported legislation that is now on Gov. Gretchen Whitmer’s desk. The “Pay as You Stay” measure will offer qualifying residents several benefits, including the elimination of all interest and fees, as well as a balance that would be limited to back taxes or 10% of a home’s taxable value. Residents would then have three years to pay back the rest of the balance at no interest.

Programs like this one will no doubt come as a welcome relief.

Bringing the city’s property tax bill more in line with its neighbors would help, too.