As expected, the Detroit Institute of Arts has secured a 10-year renewal of its millage. Given how heavily it relies on support from Wayne, Oakland and Macomb counties, it should face the same transparency requirements as government institutions that run on taxpayer dollars.

The same is true for the Detroit Zoo, which secured an early 10-year renewal in August 2016 of a 0.1-mill property tax from the three Metro Detroit counties.

The 0.2-mill DIA tax will bring in around $25 million a year, which makes up the majority of its $38 million operating budget. We had concerns about the proposal going on the March 10 ballot, since fewer voters were likely to get a chance to weigh in, as opposed to including it in a general election. Plus, given the Democratic presidential primary contest, a higher percentage of Democrats turned out. 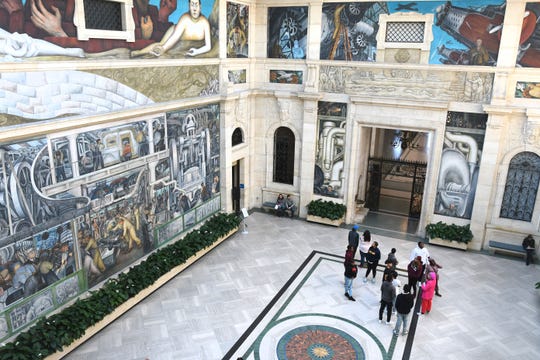 But now that it’s a reality, Metro Detroit taxpayers have a right to know how that money is being used. The DIA should be subject to Freedom of Information Act requests and other measures that would boost accountability with the dollars entrusted to the institution.

“It’s acting like a government agency,” says Jane Briggs-Bunting, founding president and board member of the Michigan Coalition for Open Government. “It’s getting a ton of public money from taxpayers from three counties.”

The museum does file financial reports with the arts commissions of the three counties. But it will not honor FOIA requests for additional information.

While the DIA acts as a taxing authority, it should be subject to the same reporting and open meetings requirements as local governments and education institutions.

Two lawsuits were filed against the DIA in February alleging violations of Michigan’s open-meetings law and FOIA, and that litigation should force the issue.

Museum officials claim that the DIA isn’t subject to FOIA or open meetings since it’s a private, nonprofit institution. And the DIA has said it does offer updates on its operations and finances to the art institute authorities in Macomb, Oakland and Wayne counties. Those authorities each had to sign off on the millage proposal before it landed on the ballot.

Briggs-Bunting says the DIA’s role as a “quasi-public” body poses legal challenges and that it will take a savvy judge to figure this out.

She points to a similar case involving the EMU Foundation associated with Eastern Michigan University, in which the courts ultimately ordered the foundation to release requested documents since it was primarily funded by the university.

Regardless of whether the courts find the DIA subject to FOIA, lawmakers should make the museum — and Detroit Zoo — transparent to taxpayers.