The public has a constitutional right to the government’s information. Allowing avoidable delays treads on that right and puts our state in jeopardy

During a public health crisis, elected leaders should push for more government transparency, not less. Gov. Gretchen Whitmer has missed the mark on this principle.

Earlier this month, Whitmer signed an executive order that relaxed Freedom of Information Act requirements, giving public bodies an extra five days to respond to requests in light of the coronavirus outbreak. The order also gives government entities the power to extend timelines for the granting or denial of information requests and to defer portions of requests that would require "in-person efforts."

The Michigan Press Association, which worked with Whitmer as she crafted the order, has lauded her initiative for establishing the free flow of information as a "core priority."

But the order isn't perfect, and we need to be vigilant to make sure that it doesn't cause more problems down the road.

If social distancing and stay-at-home orders get in the way of getting requesters the information they're entitled to, they could be out of luck until June 4, when the order lifts. 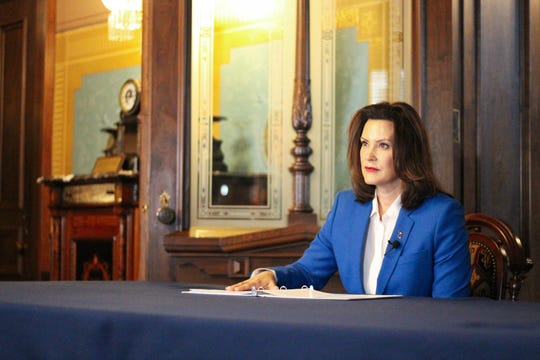 While government workers should be protected from a commute that could risk their exposure to COVID-19, that seems like a moot point. Most people making requests aren't interested in getting a hard copy — it's more expensive, it takes up more space, and it's harder to use (digital copies are word-searchable).

Since most records exist online, Whitmer should be affirming her commitment to expediency, rather than making allowances for slowdowns.

“I worry that a lot of public agencies now have a reason to delay records requests that normally wouldn’t be available to them,” says Mike Reitz, vice president of the Mackinac Center for Public Policy.

While the order encourages public bodies to continue to respond to requests for public records "as expeditiously as possible" and, "to the extent practicable" using electronic means, that's far from comforting.

“How are we to know that an agency is actually filling a records request ‘as expeditiously as possible,’ as they are told to do?” asks Reitz, who fears the typical requester will now receive a COVID-19 delay notification as a matter of course.

“The longer these delays are permitted, the more of a backlog there will be when life gets back to normal. Even when the order is lifted, it won’t be an immediate return to normal activity.”

The public has a constitutional right to the government’s information. Allowing avoidable delays treads on that right and puts our state in jeopardy. Especially during a crisis. Today, Michigan lags behind other states in providing more comprehensive information about the spread of the virus and the toll it’s taking.

Greg George, health care policy and state affairs advisor for the Mackinac Center, spoke to the issue in an email:

"One data point other states have provided that could be useful is the exposure type — such as whether COVID-19 infections were caught through community spread, travel, or being exposed as a health care provider. Adding this information to our dashboard would create a better picture of the overall situation."

That’s a picture we need if we hope to plan a successful recovery.