As Attorney General William Barr notes, "The Constitution is not suspended in a time of crisis."

Across the nation, governors and mayors are exercising extraordinary powers in the name of protecting their citizens from the COVID-19 virus.

Private businesses have been ordered closed, freedom of movement has been restricted, and even religious institutions have been asked to suspend their services.

For the most part, this has been necessary to slow the spread of the highly contagious virus and keep it from overwhelming the health care system.

But, as Attorney General William Barr notes, "The Constitution is not suspended in a time of crisis."

Maintaining a healthy respect for civil liberties is essential when so much authority is being vested in individual executives, often without oversight from the legislative branch.

That's why Barr has tapped Matthew Schneider, the U.S. attorney for the Eastern District of Michigan, to lead a team that will monitor state and local emergency orders and how they are being implemented to assure they aren't trampling constitutional freedoms. 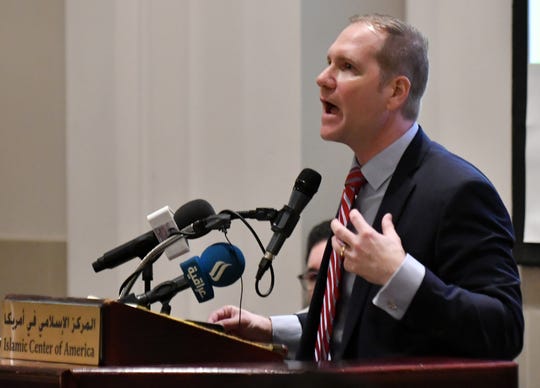 Barr has been pushing states to balance safety measures and individual liberties.

“If a state or local ordinance crosses the line from an appropriate exercise of authority to stop the spread of COVID-19 into an overbearing infringement of constitutional and statutory protections, the Department of Justice may have an obligation to address that overreach in federal court,” Barr said in forming the oversight group.

It's an appropriate concern. Emergency orders should be as measured as possible. They should receive particular scrutiny for their impact on freedom of speech and religion, and on national commerce. And they should be temporary.

Michigan Gov. Gretchen Whitmer was criticized for issuing overly broad shutdown orders that in many cases restricted activities that presented little risk of spreading the virus.

She's also interpreted Michigan law to claim unilateral authority to extend her orders indefinitely, without approval of the Legislature.

Those are the types of overreaches Schneider's team will be targeting.

He's well-suited for the role. Schneider, a Trump appointee, is not a hard partisan or political ideologue. He is level-headed, temperate and independent.

Civil liberties are not a luxury. They are the foundation of our democracy. And they can't be tossed aside whenever we fear for our safety.

Reasonable restrictions on freedoms are sometimes necessary, as in this current situation, to protect the nation from harm.

But threats such as the one we are facing from COVID-19 can easily open the door to authoritarianism. Sacrificing freedom in the name of security never brings the expected return.