Editorial: Not all virus aid is going to good use

From the beginning of the pandemic, we’ve cautioned our state and federal leaders to keep virus relief targeted and temporary

Editorial: Not all virus aid is going to good use

Members of Congress who are itching to send out more coronavirus relief dollars should take a deep breath and consider how some of the funding they’ve already allocated is being spent. It’s not all going to good use.

From the beginning of the pandemic, we’ve cautioned our state and federal leaders to keep virus relief targeted and temporary, but unfortunately, much of it has fallen outside those parameters — to the detriment of our nation’s already precarious debt load. 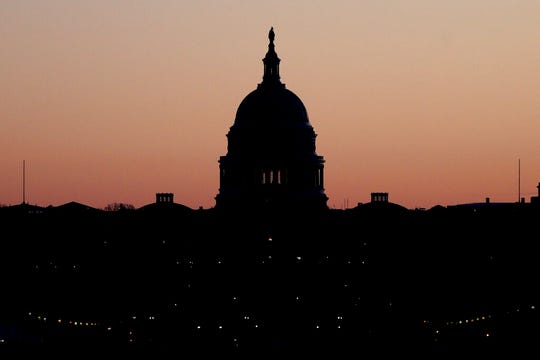 From the beginning of the pandemic, we’ve cautioned our state and federal leaders to keep virus relief targeted and temporary. (Photo: Julio Cortez, AP, File)

Data released this week by the U.S. Small Business Administration showcased how funds from the Paycheck Protection Program (formed as part of the $2 trillion CARES Act passed in late March) had been distributed.

The Paycheck Protection Program aimed to help small businesses keep their staff employed, even during the worst months of the pandemic. It was a worthy goal, and it no doubt kept some companies afloat during a tough time, and kept their employees from having to go on state unemployment rolls.

Yet among the program’s beneficiaries in Michigan are some unlikely names. The state’s largest teachers union, the Michigan Education Association, landed a $6.4 million loan to purportedly keep its 285 employees on the payroll. But it’s unclear why that funding was needed since public school teachers continued to be paid throughout the school year and were thus able to pay their union dues.

MEA spokesman Doug Pratt defended the money in a statement: “There is pandemic-induced uncertainty on the horizon relative to the funding situation for public education.”

That may be true, but the union wasn’t facing an immediate budget crunch. It seems those funds could have been better spent at a business that had faced closure during the state lockdown.

And even though the program started as a loan, as long as businesses and organizations can show they directed the majority of the funding to keeping staff employed, those loans turn into grants.

Nationally, there are plenty of other examples that have raised eyebrows. For instance, a company owned by Kanye West received one of the loans.

And some found it hypocritical that groups like Grover Norquist’s Americans for Tax Reform received a loan, even though the organization has long criticized federal spending and high taxes.

The paycheck program, however, is far from the only one with problems. The CARES Act granted individuals on state unemployment insurance an additional $600 a week through most of July.

Yet that has caused an array of unintended consequences. Employers looking to rehire employees are having a tough time as three out four jobless workers are making more on the boosted unemployment benefits than they could make at their regular jobs, says Adam Michel, senior policy analyst at the Heritage Foundation.

Plus, Congress didn’t prorate the $600 a week, so even if an employee was furloughed one day a week, he or she still benefited from the full amount. Gov. Gretchen Whitmer designed “furloughs” for state workers so that they could take three-day weekends and qualify for the $600 weekly federal payouts.

These examples point to the need for lawmakers to spend more time crafting any additional aid to make sure it reaches intended targets and is narrowly tailored to help businesses and individuals survive COVID-19.