Story From Build up Michigan: Sponsor Story: How to talk to parents about their child

Experts say that if you suspect a problem with a child, share the concern rather than avoid bringing up the topic.

Story from Build up Michigan

Sponsor Story: How to talk to parents about their child 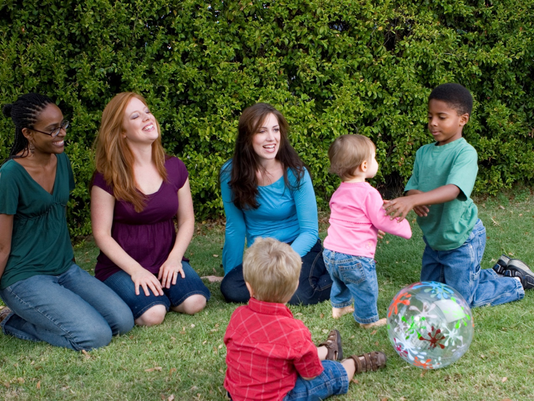 If you suspect there may be a problem with a child, it's best for the child to address your concerns with the child's parents, even though doing so may be difficult.(Photo: Build Up Michigan)

As a social work professor at Michigan State University, Victoria A. Fitton has seen how difficult it is for many parents to learn that their child has a developmental delay or disability.

Yet, for the long-term benefit of the child, it’s important that anyone who suspects a problem shares the concerns rather than avoid bringing up the topic, says Kristin Rispoli, an assistant professor in the Department of Counseling, Educational Psychology and Special Education at MSU.

Not that it’s an easy task, she acknowledges. Despite the growing amount of information and resources available for issues such as autism spectrum disorder, many parents still view having a child with special needs as a stigma.

“We’ve seen parents who are concerned that something might not be quite right with their child’s development and who have difficulty understanding and at times accepting the extent of their child’s difficulties and need for support,” said Jeff Snyder, a social worker at the Sunfield Center in Ann Arbor, which treats mental health issues in children.

Given that mindset, parents might react emotionally – including with anger – toward the person who raises concerns, whether it’s a family member, friend or other acquaintance, he said.

When bringing up the subject, family members or friends should “think of the range of reactions they might be greeted with,” Rispoli said. “Some parents might feel relieved that others noticed what they were thinking. But for many parents, it can be a shock.”

One way to lessen potential pushback is to stress that the ultimate goal is to help a child become all he or she can be, Snyder said. Even if an evaluation finds no cognitive or developmental concerns, the process can help educate and guide parents, he said. “Tell them they can use it as a resource to build on the strengths the child already has,” he said.

Considering the emotion surrounding the topic, and to avoid alienating parents or heightening their anxiety, Fitton, Rispoli and Snyder advise approaching the undertaking with sensitivity. They offer these tips for talking to parents about concerns with a child’s development:

• Know that early intervention is best for the child. The evidence is overwhelming that the sooner developmental delays or disabilities are addressed, the better the outcome for the child. “We know that early intervention can significantly impact a child’s development,” Rispoli said, adding that in many cases treatment begun at a young age can noticeably reduce the severity of a delay or disability.

It’s also important to note how early intervention – which ideally occurs between the ages of 0 and 5, when young brains are easiest to mold – can reduce the time and money required by parents and school systems to address issues in the future.

“It’s important to let parents know that lots of help and resources are available,” Rispoli advises.

• Reassure parents that it’s never too late to intervene. While it’s certainly ideal to begin intervention services as early as possible, parents who delayed treatment for whatever reason should receive reassurance that the child was not irreparably harmed, Fitton said. “The first 1,000 days are the most critical, and you’ll have greater impact with early intervention than if you wait,” she said. “But kids are generally resilient and issues can usually be remediated quickly.” The Early On motto – “Don’t worry, but don’t wait” – is an appropriate message to deliver to parents, Fitton said.

• Be prepared for strong emotions. Upon learning that a child has a delay or disability, “there’s a real emotional trauma for parents who are engaged with their children,” said Fitton. Depending on the severity of the issue, it might force parents to view a child in an entirely new light or imagine a future with completely different possibilities. “All of a sudden, they have to adjust to an entirely new normal,” Fitton said.

• Volunteer to help parents navigate services available for children with delays or disabilities. “Having to go alone through it can seem a daunting task, and it’s important to feel supported,” Snyder said.

• Help parents feel that they’re in control of the situation. When suggesting that they have a child examined by a health professional, avoid dictating to parents what they should do. “It’s important to let them control the process,” Fitton said. “Ask them questions along the lines of, ‘Shouldn’t you get a little testing done so that you can continue to be the best parent you can be?’ Or, ‘Is there something you want to tell me?’ Or, ‘Are there things you’ve noticed or are concerned about?’”

Rispoli advises sharing observations in straightforward and neutral, nonjudgmental language. “For example, you could ask if they notice the child doesn’t make eye contact like most kids his age (a sign of possible autism spectrum disorder) and suggest it wouldn’t hurt being checked by a doctor,” she said.

• Focus on the positives. While pointing out concerns, also make certain to highlight the child’s strengths, Rispoli recommends. “You could say, ‘While he does have some needs, he also knows so much about trains and is a curious kid who is happy most of the time.’”

• Use people-first language. Once a delay or disability is confirmed, avoid attaching labels to a child. For example, the proper terminology is “a child with autism spectrum disorder,” not “an autistic child,” Rispoli said. It’s important to understand that children who share a condition are still individuals with different strengths and needs, she said.

• Acknowledge improvements. The road to overcoming delays or disabilities can be long and difficult, and sincere acknowledgments of a child’s developmental improvements – such as vocabulary growth or progress with interpersonal skills – can help reassure parents that the hard work is worthwhile, Fitton said. “You want to be as positive and affirming and strength-based as possible,” she said.