Delivering the power to keep Michigan moving: Aligning in support of the Line 5 pipeline.

Members of the editorial and news staff of the Detroit News and the USA Today Network were not involved in the creation of this content. 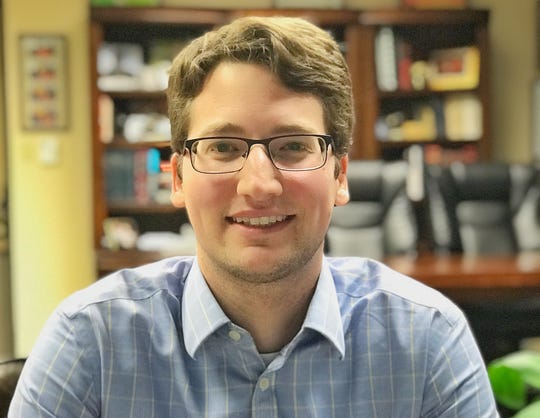 Michigan Attorney General Dana Nessel asserted in August that “it’s part of my job to educate the public.” Yet, state residents are still waiting to hear more than one side of the discussion on the merits of Line 5.

If voters are expected to make a fully informed choice, the attorney general should also convey the benefits of the Line 5 pipeline tunnel. Instead, all that’s been discussed is the lone reason she has sued to shut down the critical artery.

Line 5 carries propane, diesel fuel and other fuels that make plastics for things like medical devices, packaging for food safety and flooring for hospitals and clinics. All of this has been safely transported on the Mackinac Straits lakebed for use by hundreds of thousands of families, factories and farmers. Nessel wants to decommission the pipeline because she worries about the risk of an oil spill in the Straits.

Everyone, of course, wants to protect the vital Great Lakes from pollution of any kind. The Lakes supply drinking water, provide recreational enjoyment and lure countless tourists to state shores each year. But, if Nessel fairly communicated both sides of the issue, she would note that Line 5 has been in use since 1953 without a leak into the Great Lakes. She would also point out that a new, already planned utility tunnel would house Line 5, making an already safe pipeline even safer.

A state-commissioned report found a low risk of a rupture from corrosion or other factors. And Enbridge Energy Partners of Calgary, Alberta, has pledged to pay the estimated $500 million bill to install the planned tunnel in the bedrock — 100 feet beneath the lakebed — to prevent any leakage.

The attorney general fails to relay key facts that led a bipartisan majority of both the Michigan House and Senate to approve the tunnel project late last year, and then-Gov. Rick Snyder to sign the legislation.

These are the economic and environmental realities Nessel doesn’t communicate:

including 65 percent of the propane used for home heating in the Upper Peninsula. It delivers fuel to the Detroit airport and picks up oil from northern Michigan producers.

Fact: To transport energy without the pipeline would require tens of thousands more rail cars and trucks as well as oil-carrying barges and tankers on the Great Lakes. Replacing the propane alone lost by closing the line would require an estimated 9,600 rail cars and 30,000 truckloads every single year. That’s to say nothing of the increased emissions.

Fact: Loss of the tunnel construction would cost thousands of union construction jobs. It also would hurt the state’s economy. Enbridge itself contributes $160 million in wages, taxes and capital spending to Michigan.

Fact: Michigan Gov. Gretchen Whitmer, who now opposes the tunnel construction, didn’t voice objection to it if it met her two-year timetable for its completion. However, Enbridge maintains that four years would be needed to safely exceed standards and complete the work. Why would the state want to rush construction?

It seems inexplicable why the Whitmer administration doesn’t seek to resume talks with Enbridge officials, and allow the tunnel project to proceed while exploring other actions to diminish the risk of a pipeline leak.

She and Attorney General Nessel should listen to Speaker of the House Lee Chatfield, who represents the Upper Peninsula. He believes pipelines remain the safest approach if they are properly maintained and inspected, and he has pledged to protect the Great Lakes by holding accountable all companies that transport oil in the state. He recognizes the vital importance of our Great Lakes, citing the enjoyment he gets from taking his five children to the Great Lakes: “It is our heritage.”

To learn how Consumer Energy Alliance is making energy affordable, reliable for working families, seniors and businesses across the country, visit www.consumerenergyalliance.org/MovingMichigan.