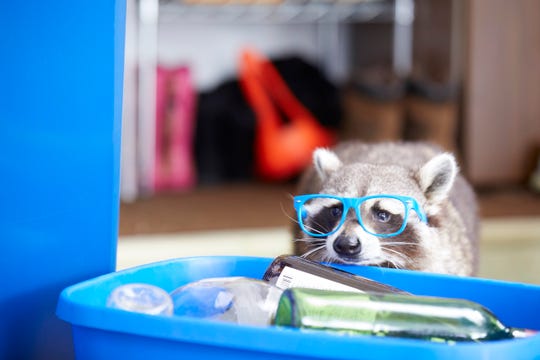 An empty beer bottle is a sad sight for some folks.

“We focus on trying to use our resources in a way that allows us and future generations to continue to use those resources for a long time,” said Kate Martini, sustainability specialist at Bell’s, the Kalamazoo County-based brewery that makes more than 20 beers, including the popular Oberon and Two Hearted ales.

Bell’s not only recycles its waste amber glass, but it also recovers cardboard, paper, stretch wrap, green plastic banding, keg caps, wood, electronics, batteries, scrap metal and aluminum used in its production process. In 2018, the brewery recycled 1.5 million pounds of waste that otherwise would have ended up in a landfill.

Founders — the Grand Rapids beer maker that runs neck and neck with Bell’s for the title of largest brewer based in Michigan — is also dedicated to increasing its recycling rate and reducing waste sent to landfills.

“Glass is a fundamental part of what we do. That’s why our glass is an average of 40% recycled content:  We’re always striving to be a responsible member of the glass community,” said Elizabeth Wonder, sustainability coordinator for Founders, whose signature beers include All Day IPA and Kentucky Breakfast Stout.

In 1976, Michigan was the first state in the nation to enact a bottle and can deposit law, which tacks an extra dime onto the cost of each carbonated beverage sold in the state, to be redeemed later for a 10-cent refund on containers.

Thanks to the deposit law, returnables account for much of all recycled glass in the state. But returnable containers represent only 15% of all materials Michiganders recycle every year, according to the Container Recycling Institute.

Recycling all types of glass, rather than just bottles, is of particular importance. Unlike many other materials, glass is endlessly recyclable, which means that returning glass containers — like that empty queso jar — for recycling helps make new glass bottles and jars.

But state leaders say Michigan needs to do a better job recycling its glass — as well as its paper, metal, cardboard and plastic. The state’s current 15% recycling rate is the lowest in the Great Lakes region and among the lowest nationwide.

That’s why this summer, the Michigan Department of Environment, Great Lakes, and Energy, known as EGLE, launched Know It Before You Throw It, a first-of-its-kind statewide education campaign to better inform Michiganders about how to recycle correctly and what can — and cannot — be recycled.

Along with teaching Michiganders “cleaner” recycling practices, EGLE also wants to double the state’s recycling rate to 30% by 2025 and ultimately reach 45% annually.

If recycling habits improve, more than half of the state’s municipal solid waste now dumped in landfills could instead be recycled. 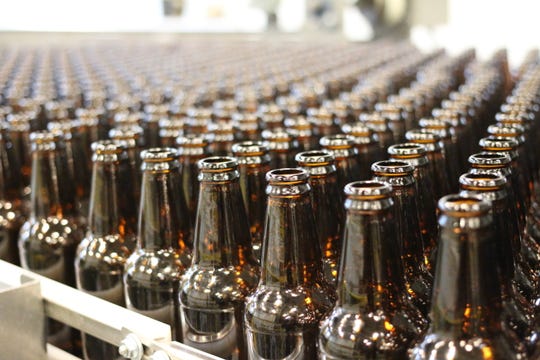 Glass bottles at Founders Brewing Co. average 40% recycled content. Founders and Bell’s Brewery run neck and neck for the title of largest brewer based in Michigan; both are dedicated to increasing recycling rates and reducing waste. (Photo: Founders Brewing Co.)

After the glass in your curbside recycling leaves your front yard, it’s taken to a recycling facility, where it’s checked for cleanliness and sorted by material type and color. From there, the glass is crushed into pieces ranging in size from gravel and pebbles to sand and powder. Those crushed materials are sold to manufacturers that melt them down to create new products like beer bottles.

But too often, recycling bins are treated as extra garbage cans, with the contents failing to meet processing companies’ cleanliness standards. Contamination — like that little bit of queso you can’t reach at the bottom of the jar — not only ends up ruining the quality of glass being recycled, but it also puts everything else in your curbside bin at risk of being unusable. (If that queso drips on nearby cardboard, for example, the cardboard is no longer fit for recycling.)

EGLE-commissioned research shows that teaching residents how to properly recycle is key. The Know It Before You Throw It campaign features the six-member Recycling Raccoon Squad, recycling champions who serve as EGLE’s education ambassadors.

“By learning a few simple rules, we can elevate our rate of recycling, increase the amount we recycle and help build stronger, more prosperous communities. That’s a win-win-win for everyone,” said EGLE Materials Management Division Assistant Director Elizabeth Browne.

Gladys Glass, EGLE’s raccoon expert on recycling glass, has a few easy rules to guide Michiganders on her webpage:

— Rinse and empty all glass before recycling.

— Check with your local recycler to see if it accepts brown, green and blue glass curbside.

— Clear nonfood glass is only rarely accepted curbside, so check with your local recycler.

— Lids should be removed to be recycled in their respective streams (plastic or metal).

— Glass used for cooking purposes — such as Pyrex — is not accepted curbside.

— Lightbulbs are not accepted in curbside recycling programs, but some types of lightbulbs can be recycled at participating retail stores.

Every municipality in Michigan has slightly different rules, though. Certain types of glass accepted in one city aren’t necessarily accepted in another. It’s important to routinely check with local recycling providers about what’s allowed in individual communities.

Achieving EGLE’s 30% recycling goal would produce as many as 12,986 jobs, which translates into $300 million annually for Michigan’s economy, according to the Expanding Recycling in Michigan Report prepared for the Michigan Recycling Partnership.

The Recycling Raccoon campaign is a clear step in the right direction for businesses, residents, municipalities and environmental advocates across Michigan.

“Glass is a core recyclable, and residents want to recycle it,” said Jim Nordmeyer, a member of the Glass Recycling Coalition’s leadership committee.

Bell’s is so committed to sustainability that in 2017 it joined the coalition, which works with member organizations in the beverage and recycling industries to encourage glass recycling.

“Founders understands that we must do our best to be good stewards of the environment by reducing and optimizing our use of natural resources,” Wonder said.

To learn more about the rules of recycling and meet the Recycling Raccoon Squad, visit recyclingraccoons.org.

Keep the focus on recycling and reusing while decluttering