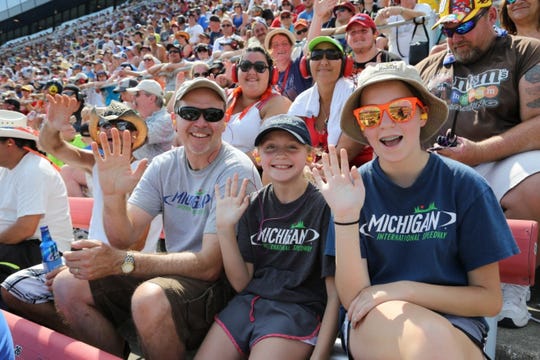 When Lena Wood talks about Michigan International Speedway, she uses words like “family” and “father” a lot.

“It’s really a great time,” said Lena Wood, noting that six family members stay at the MIS-owned MISCAMPING.com Brooklyn Trails Campground for a whole week in June and that the group grows to 19 for the August race. 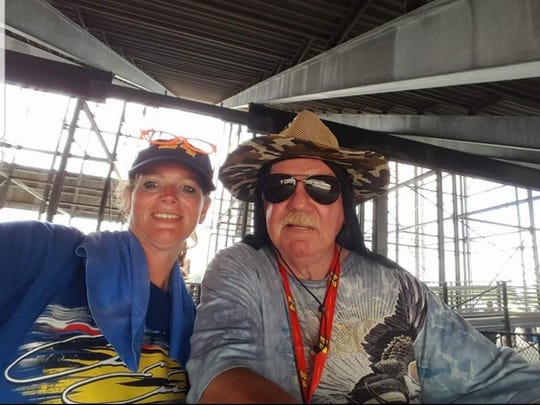 Lena Wood and her father, Ray Wood, attend the FireKeepers Casino 400 race at Michigan International Speedway each year on the second Sunday of June — a week before Father’s Day. ‘It’s like we get two Father’s Days,’ Lena said. (Photo: Lena Wood)

The June outing takes on added meaning because it falls one week before Father’s Day.

“That kind of makes it both a family tradition and a Father’s Day celebration,” she said.

In fact, until a schedule change in 2014 moved the FireKeepers Casino 400 from Father’s Day to the week before, the race was a more direct way to celebrate her dad. Back then, Ray Wood — a retired state government employee — would occasionally attend the June event with Lena. But he didn’t go every year because he felt obligated to spend the holiday with her brothers and sisters, too.

“I had to share him before,” Lena Wood said. “He said he couldn’t have a favorite kid.”

But now, with the race moved up a week to June 9, “it’s like we get two Father’s Days,” she said. 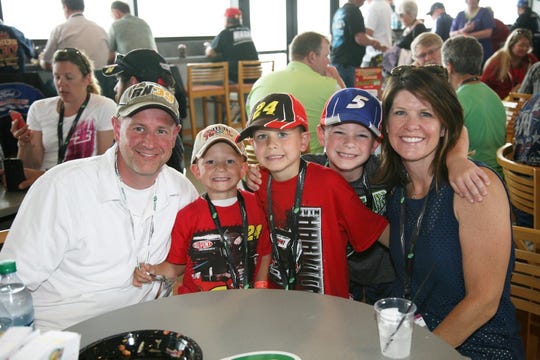 But the sense of camaraderie at MIS extends beyond her family, Wood said. Because campers can reserve the same sites year after year, Wood has forged ties with other campers who also return annually.

“It’s kind of like a reunion every year,” she said. “You get to see everyone you’ve gotten to know once again.”

Wood said she also looks forward to seeing the campground’s friendly security staff and offering them food and refreshments.

“It’s just a really nice, safe environment,” she said. “I feel like I could sleep there without even worrying about locking my camper all night.”

Those sentiments are fully appreciated by MIS President Rick Brenner.

“It’s validation of all of our hard work to create a fun environment that family members of all ages can enjoy,” he said. “We love seeing children in the stands with their dads, moms and other family. We’re hoping to see even more families at this year’s FireKeepers Casino 400 getting an early jump on Father’s Day.”

Brenner noted that MIS caters to families in a number of ways.

Ticket prices start at just $39, and a ticket four-pack includes $20 in MIS Money that’s redeemable at any concession stand at the track. Tickets for children 12 and under are half-price on Sundays and include a free pit/driver introduction pass.

Beyond racing, there’s plenty of other entertainment, too.

“The great times aren’t limited to Saturdays and Sundays. It’s truly a weeklong event for fans looking for the best action at NASCAR’s Most Entertaining track,” Brenner said. “We’re excited to provide memorable experiences and strive to make Michigan International Speedway the place to be during race week.”

Other free entertainment that is designed to appeal to the whole family includes: