Players like the open ice and predict more tied games will be settled in overtime rather than in a shootout. 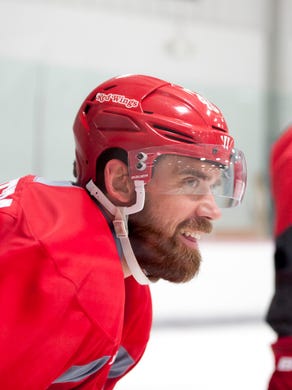 Gustav Nyquist and the rest of the team participate in practice. David Guralnick, Detroit News
Fullscreen

The players walk out onto the ice for the start of practice. David Guralnick, Detroit News
Fullscreen 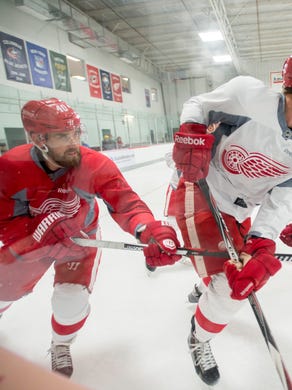 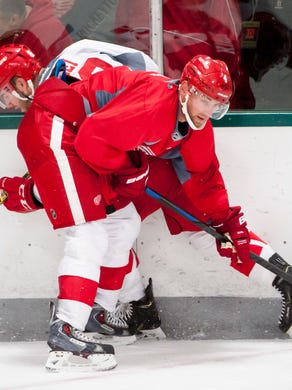 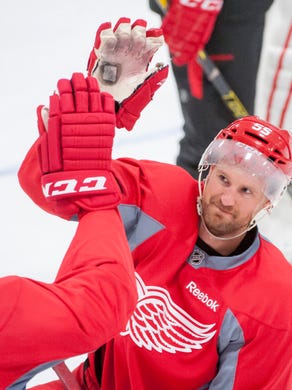 Jimmy Howard rests with his helmet on top of his head during practice. David Guralnick, Detroit News
Fullscreen 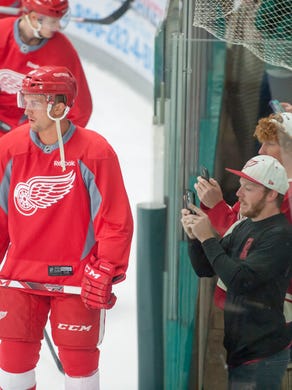 A young fan tries to get the attention of Colin Campbell, left; Mark Zengerle, and Luke Glendening before the scrimmage. David Guralnick, Detroit News
Fullscreen

Reece Rowton, 12, of Grand Rapids, tries to get a laugh out of Luke Glendening before the start of the scrimmage. David Guralnick, Detroit News
Fullscreen

Teemu Pulkkinen, left, tries to keep the puck away from Brad Richards during the scrimmage. David Guralnick, Detroit News
Fullscreen 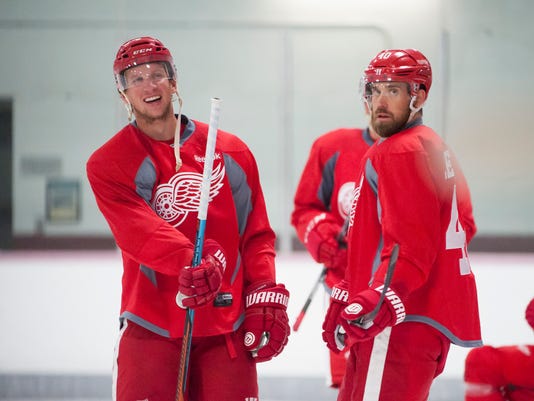 “The fans will really enjoy the 3-on-3,” said Red Wings forward Justin Abdelkader, left, with Henrik Zetterberg as they wait for the start of the scrimmage.(Photo: David Guralnick, Detroit News)

Traverse City — This should be fun.

That appears to be the message from players and coaches regarding the change to the regular-season overtime format, which goes to a 3-on-3 format instead of 4-on-4.

A shootout still will take place if the five-minute overtime is scoreless.

“The fans will really enjoy the 3-on-3,” Red Wings forward Justin Abdelkader said Sunday. “There’s always 2-on-1s either way and chances galore. There’s a lot of speed and skill out there.”

NHL officials wanted to see more games being decided in overtime rather than a shootout, which had been losing favor with fans and players.

The NHL had 44.4 percent of its games decided in overtime last season using the 4-on-4.

“We’ve tried it and there’s a lot of open space out there,” Red Wings forward Gustav Nyquist said. “It’s fun when you have the puck. You want to make sure you have it. There will be lot of chances created.

“I don’t think the same amount of games will go to a shootout, that’s for sure.”

Landon Ferraro has been looking to find his place on the roster the past couple seasons until he parlayed an excellent run in Grand Rapids last year to a late promotion. He remained with the team for the playoffs.

This season, Ferraro appears to be a good bet to make the team out of camp.

“When I got called up, I thought I was just playing a couple of games and then go back to Grand Rapids for the playoffs,” he said. “To stick around, it was a lot of confidence going into the summer knowing I could play (in the NHL).

“Not just get by in the regular season, but play good minutes against (Tampa Bay’s Tyler) Johnson’s line in the playoffs was something huge.”

Said coach Jeff Blashill: “He’s had a great camp, showed speed, strength on pucks. He wants to become a regular (in the NHL). That means he’s got to do it tomorrow, the next day, do it in all the exhibitions.”

Camp ends Monday with the Red vs. White game.

Blashill said he’ll use the game to view the chemistry of certain lines and monitor the progress of players looking to make the roster.

... Daniel Cleary (leg) skated briefly on his own. He has yet to skate in a full practice.