The announcement comes after the player with the U-18 U.S. National Team Development Program decommitted from Michigan. 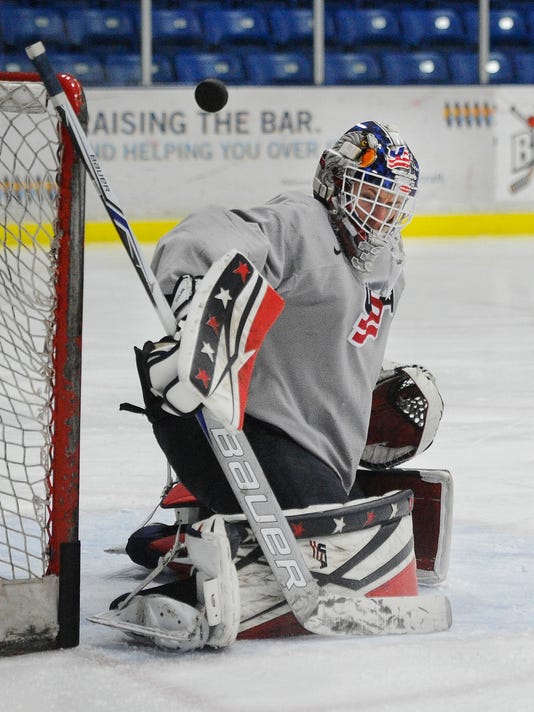 Dylan St. Cyr, the U-18 goalie for the National Team Development Program committed to Notre Dame, it was announced Wednesday.

St. Cyr, 17, who plays for USA Hockey in the leading junior league in the United States, the USHL, announced last week that he had decommitted from Michigan.

The son of the Manon Rheaume, the only woman to play goalie in NHL preseason games, and Gary St. Cyr, who had a five-year professional career, St. Cyr lives in Northville.