Denker: 'No contract in place' to bring Detroit Grand Prix back to Belle Isle 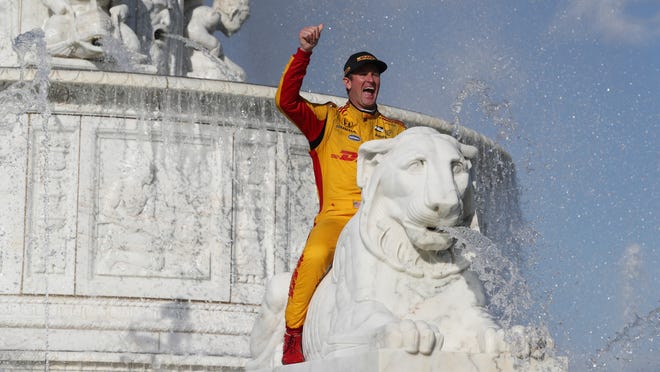 Detroit — The Detroit Grand Prix faces an uncertain future as the contract between Chevrolet and the Michigan Department of Natural Resources expired at the conclusion of this weekend's races.

Penske Corporation president Bud Denker told reporters on Sunday that there was "no contract in place," but he plans to make a proposal to the state DNR, noting he thinks there's a strong case to keep the popular dual races on the island.

"The improvements to Belle Isle are what we're most proud of. The first thing we wanted to work on was infrastructure. We built two bridges, fixed the roadways, fixed the drainage, added playgrounds and beautiful lighting."

There have been local activists that have argued against the use of the island as a place for racing, but Denker says that while there are always some compromises when holding an event like this, the things the race does for the city are almost immeasurable.

"The winner is Belle Isle and the city of Detroit," he said. "Look at the jobs we create down here. The people are down here working, getting paid. The volunteers don't get paid. We have 100 of them. But everybody else down here is employed, and they're paying taxes. That's a key value in itself."

"Then I would say the pictures of our shoreline, our riverfront, our island. How do you put a value on that? It's a postcard to the world."

Denker said a third-party study revealed more than $50 million was spent in Detroit during the 2017 event.

"If we weren't here, that money wouldn't be in our city," Denker said.

When pressed, Denker said that in the past the state fairgrounds and city airport sites were looked at as possible "Plan B" options. When it was decided that those weren't viable options going forward, Denker says he went all in on Belle Isle.

Geoff Robinson is a freelance writer