I grew up in Detroit and remember clearly when I knew that I wanted to become a sports play-by-play broadcaster. 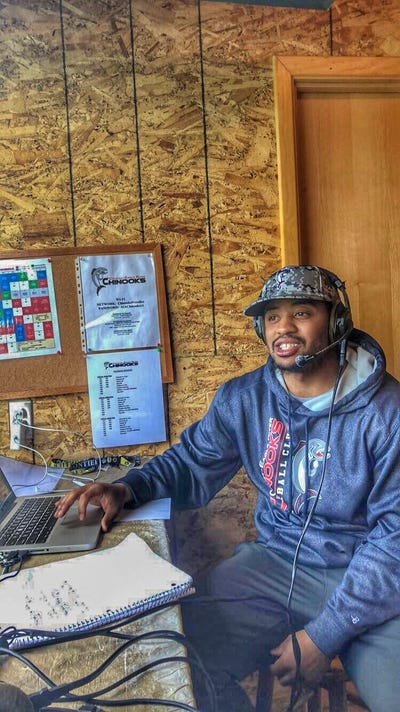 Kevin Moore was a broadcaster for the Chugiak-Eagle River Chinooks summer baseball team.(Photo: Special to The Detroit News)Buy Photo

Kevin Moore, a Detroit News freelance writer, spent the summer in Alaska as play-by-play broadcaster for a college summer baseball team. He writes about the experience here.

I grew up in Detroit and remember clearly when I knew that I wanted to become a sports play-by-play broadcaster.  It has been a dream of mine ever since I witnessed the Detroit Pistons capture the 2004 NBA championship. Listening to George Blaha call the games gave me chills, and that’s when I knew I wanted to pursue broadcasting as a career.

The opportunity to take a first step toward that goal came in late February when I was extended an invitation to spend a few months in Alaska with Athletes in Action as a play-by-play broadcaster for a college summer baseball team. After multiple conversations with my family and praying about it, I decided this was a once-in-a-lifetime opportunity and I could not pass it up.

Athletes in Action is a national Christian sports organization based in Xenia, Ohio.  AIA’s focus is combining sports and religion, and it gives college athletes opportunities to grow in their faith. There are various sports teams in AIA, from basketball to soccer.

The Alaska Baseball League is one of the top collegiate summer leagues in the country. I was the broadcaster for the Chugiak-Eagle River Chinooks. 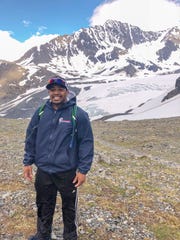 When I first arrived in Chugiak, Alaska, I did not know what to expect. There are about 22,000 people in Chugiak, and coming from a big city like Detroit, I felt very far away from home.

Now, I had no prior knowledge of what Alaska was like.  All I knew was that there were a lot of mountains and that it remained light for most of the day in the summer. It was a rough adjustment and sleeping was difficult when I first arrived in Alaska, but eventually I was able to make it work.

Being in Alaska opened my eyes to all of the remarkable beauty in the state. There is so much to do, from fishing to hiking, and you will never get bored in Alaska. I could not tell you how much salmon I ate while I was there.

Baseball is big in the summer for Alaska residents, especially the collegiate league. This year there were five teams that participated in the ABL with players from big-time baseball schools such as Oregon State, Mississippi State and Arizona State on the teams.

The ABL has some die-hard fans and they make the games more fun.  The amount of support we received from the community was great and the fans loved the Chinooks.

As a broadcaster, I traveled with the team every day, so I was a part of that grind that the players always talk about.  As a former college baseball player myself, my college season did not compare to this. In Alaska, games were pretty much every day with few off days here and there. It felt like minor league baseball in a way because our schedule was so busy.

We would wake up, go to the gym, meet for about an hour and a half for discipleship and then get ready for the game. That was a typical day for us and then on our off days we would spend time exploring Alaska.

The team played 44 games in the two-month span, finishing with a regular-season record of 18-26.  That record put the Chinooks in the playoffs for the first time in team history.  The Chinooks eventually fell to the ABL champions, the Mat-Su Miners, in the first round of the playoffs.

I am grateful for the broadcasting experience I gained in Alaska. As we got deeper into the schedule, I felt more confident with my broadcasting ability with every game.

What really touched me was hearing the feedback from people who would listen to the broadcast online. Parents of players and fans of the team would tell me how much they enjoy listening to the broadcasts. Hearing that made me want to work even harder and become a better broadcaster.