They did it again! Athanasiou gives Red Wings another overtime victory

Andreas Athanasiou scored 49 seconds into overtime, his second goal of the game, giving the Red Wings a 3-2 victory Wednesday over Boston.

They did it again! Athanasiou gives Red Wings another overtime victory 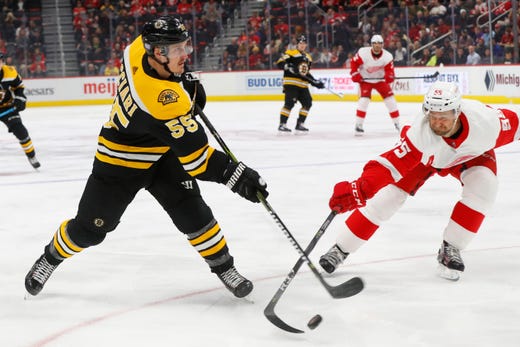 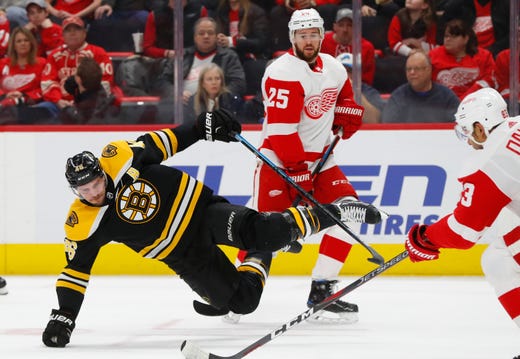 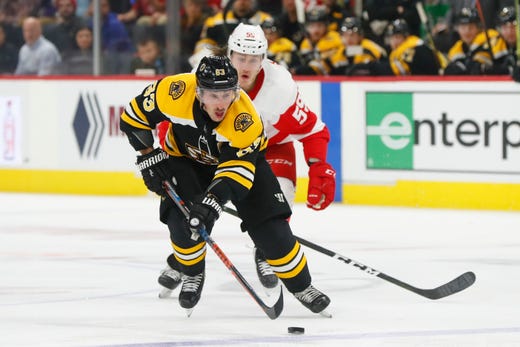 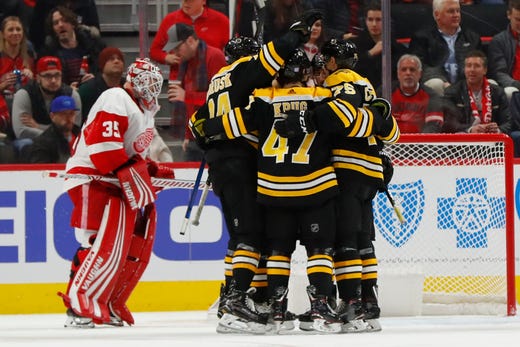 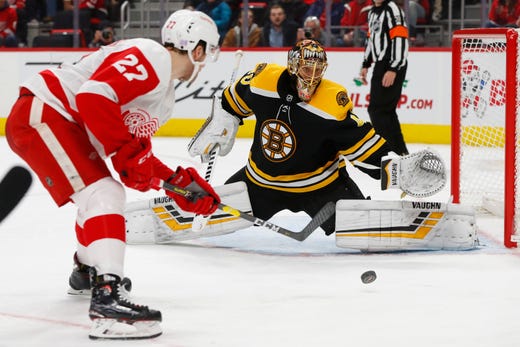 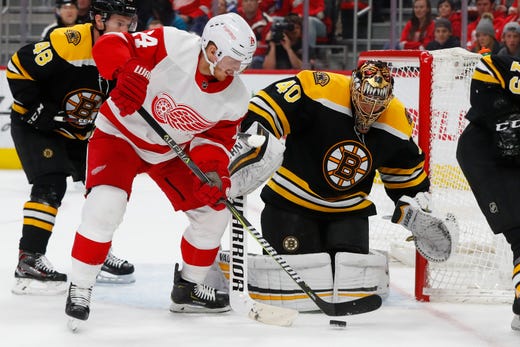 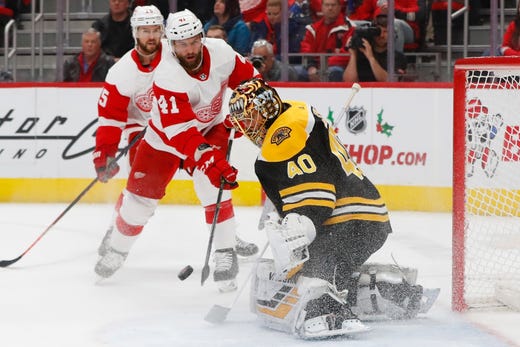 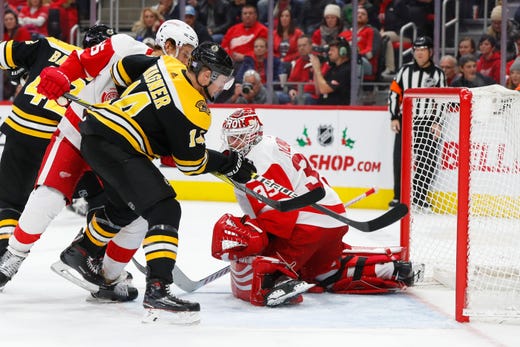 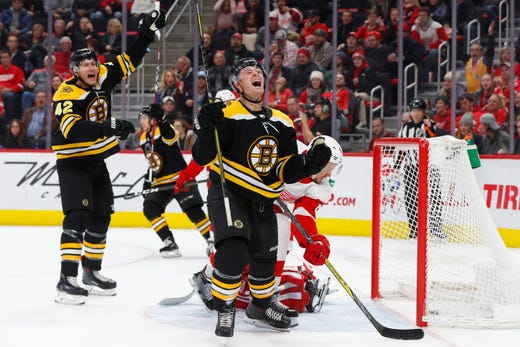 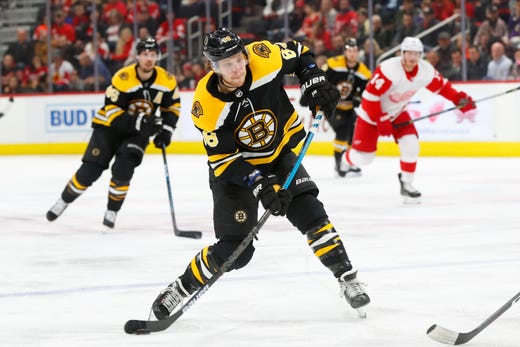 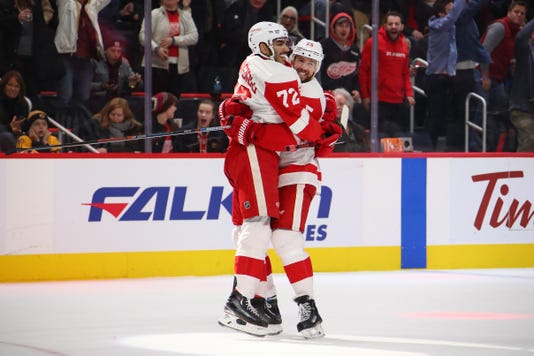 Detroit — Get the game into overtime, and the Detroit Red Wings feel good about their chances these days.

Now, that’s not the ideal recipe for success. But it sure has been working.

They did it again Wednesday against the Boston Bruins, tied after 60 minutes, then Andreas Athanasiou scored his second goal of the game just 49 seconds into overtime, giving the Red Wings a 3-2 victory.

They’ve won six of their last seven, with three of those victories coming in overtime, where the Wings are 4-1 this season.

“Just be patient and wait for your opportunity,” Athanasiou when asked why the Wings have been so successful in overtime. “There’s a lot of ice out there, a lot of room to make plays. You can’t force it. It’s going to go one way or another.

“Just be prepared for it and try to make the most of it when you get the chance.”

The Wings had an opportunity to win because goaltender Jimmy Howard made a dramatic stop on Boston star David Pastrnak in the opening seconds of overtime.

David Krejci found Pastrnak alone at the post, but Howard slid post-to-post and made the game-saving save.

“Krejci is more of a passer and I figured there’s no way he’s not going to Pastrnak on the back side,” Howard said. “So I just loaded up the right leg and pushed across and I was fortunate to come up with the save.”

The victory moved the Wings four points out of a wild-card spot at Thanksgiving, a remarkable achievement considering the Wings started the season 1-7-2.

Wednesday’s victory also put the Wings above .500 for the first time this season.

More: Krupa: Wings' Rasmussen 'wants to be great,' and seems on his way

“It could have been easy for all of us after seven games to just hang it up,” Howard said of the dreadful start. “But there’s a lot of character in this room. It’s a close-knit room in the dressing room, everyone gets along with everyone, we enjoy each other’s company.

“It’s no shock in our room that we’ve been able to turn it around.”

Athansiou tied the score 2-2 at 8:59 of the third period, his eighth goal.

Athanasiou and Gustav Nyquist were on a 2-on-1 rush, with Nyquist stopped by goalie Tuukka Rask on the shot, but Rask dropped the puck and Athanasiou was there to slam the rebound.

Boston (11-6-4) had taken a 2-1 lead at 6:45 of the third period on Chris Wagner’s second goal, Wagner converting a pass from Sean Kuraly at the post.

Bertuzzi redirected Nick Jensen’s shot from the point through Rask’s legs at 9:48 for his sixth goal.

“After the rough start, we figured out as a group and bounced back and it has showed in the last 10 games,” Bertuzzi said.