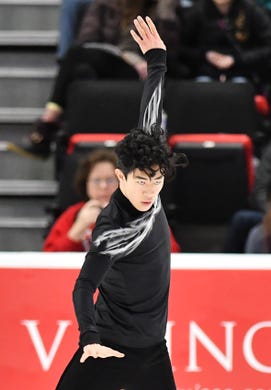 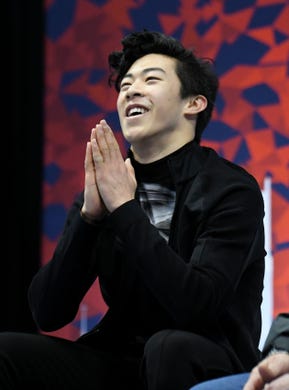 Nathan Chen reacts after seeing his scores after earning 228.80 points for his free skate. Robin Buckson, The Detroit News
Fullscreen 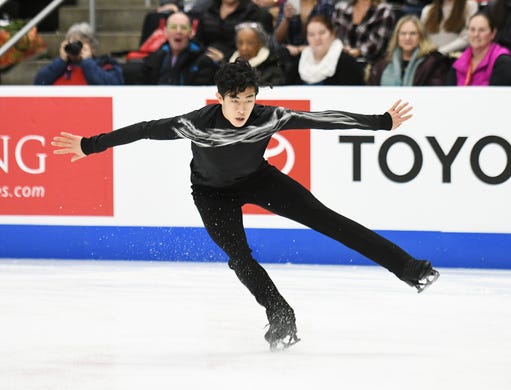 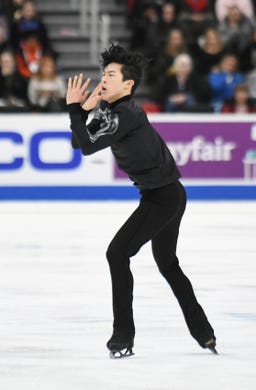 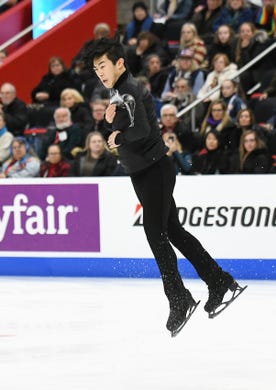 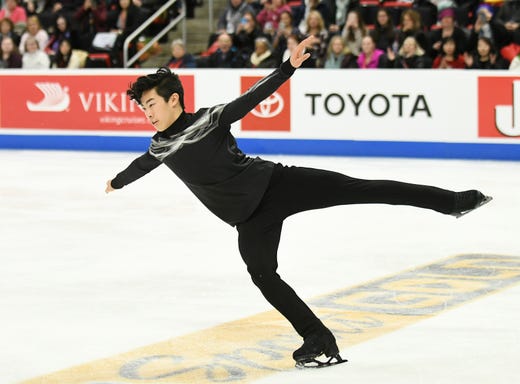 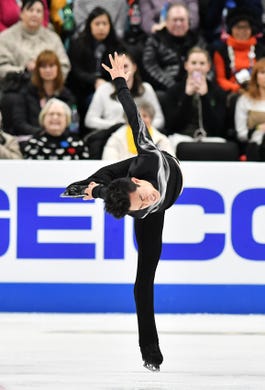 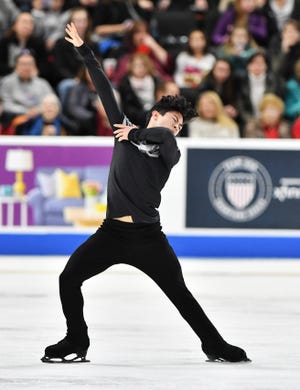 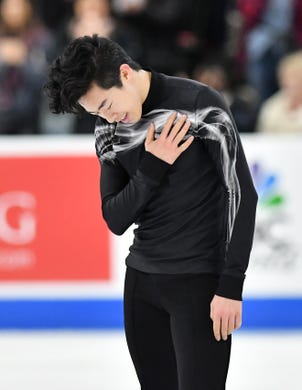 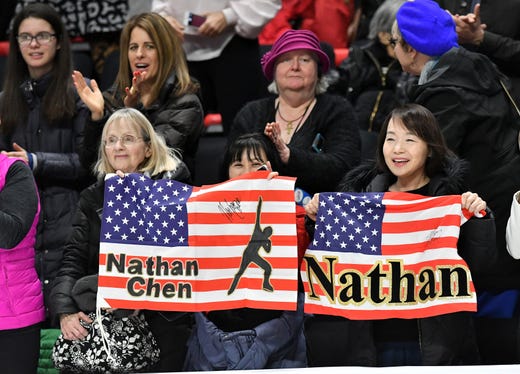 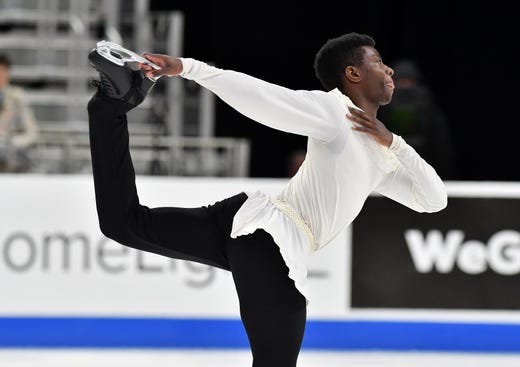 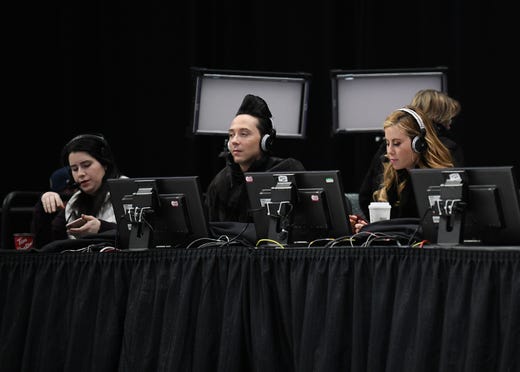 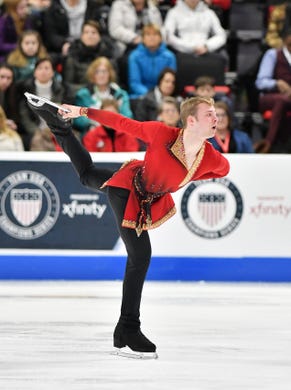 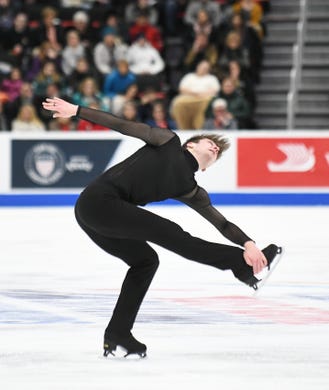 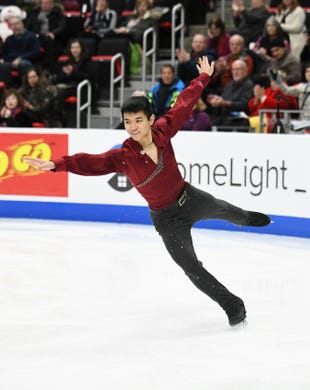 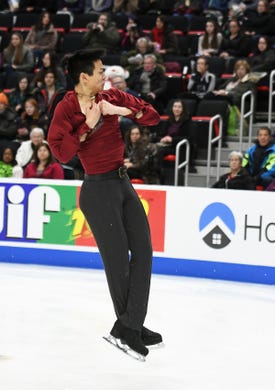 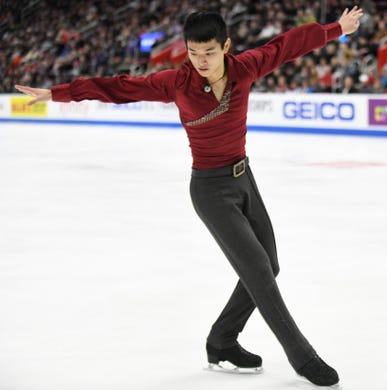 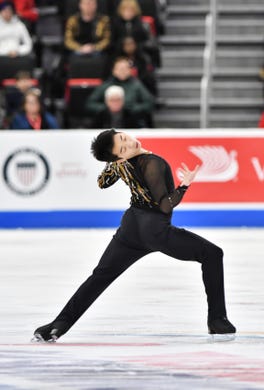 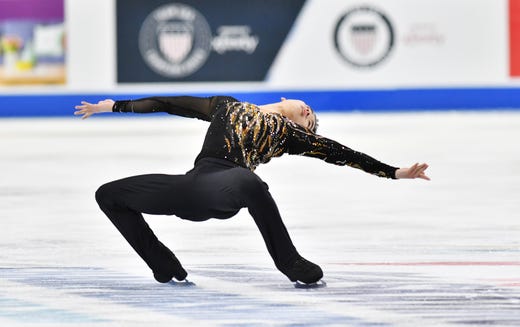 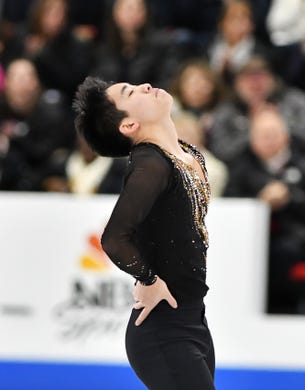 Tomoki Hiwatashi reacts at the end of his skate in the men's free skate. Robin Buckson, The Detroit News
Fullscreen 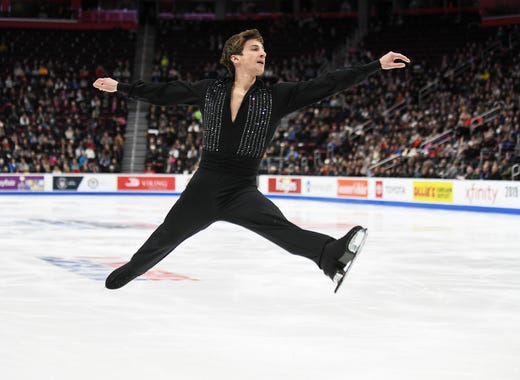 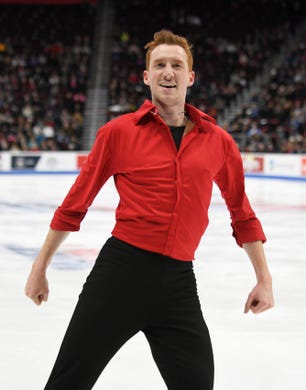 Sean Rabbitt looks over towards Johnny Weir and Tara Lipinski during his skate in the men's free skate. Robin Buckson, The Detroit News
Fullscreen 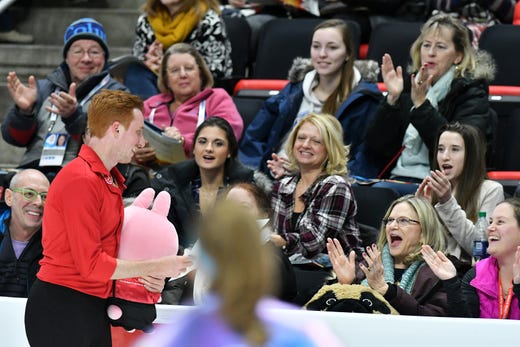 Fans cheer for Sean Rabbitt at the end of his skate in the men's free skate. Robin Buckson, The Detroit News
Fullscreen 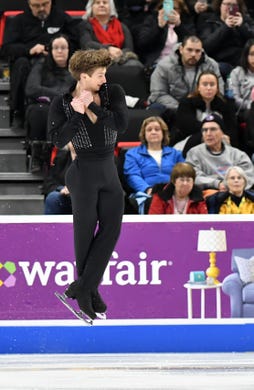 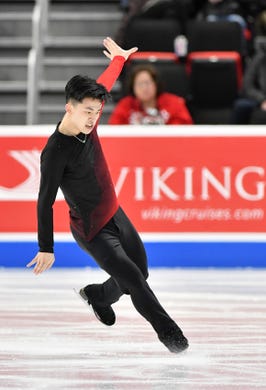 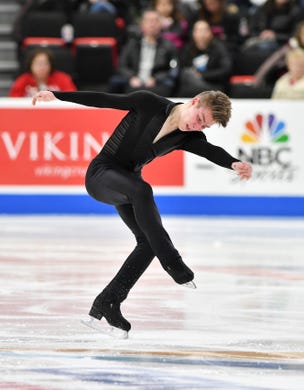 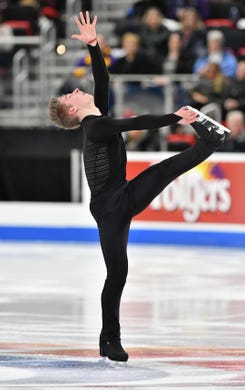 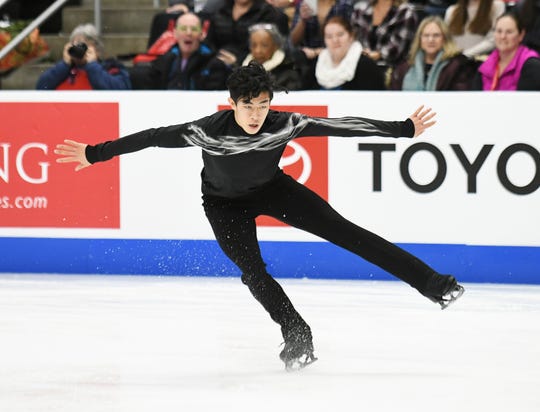 Chen, 19, appears absolutely primed to defend his world title in March, in Japan.

He effortlessly hit all four quadruple jumps, his signature elements, before an enthralled crowd in Little Caesars Arena, in the last event of the 2019 U.S. Figure Skating Championships.

The Yale freshman is the first three-time national champions since Johnny Weir, 2004-2006.

“I’m really happy with the way I skated here,” Chen said, after one of the best performances in the free skate.

“It’s really an honor to be on top of the podium today, and I’m really happy and proud of myself and all the work I put in.”

Before the 2016-17 season, in preparation for his international debut, Chen trained in Canton, at the Arctic Edge Ice Arena, with the accomplished coach and choreographer Marina Zueva. He trains, now, in California and Connecticut.

His win Sunday in Detroit accelerates a season in which he has dominated. Chen’s problematic short program at the 2018 PyeongChang Winter Olympics is the only recent glitch.

He scored 342.22, in the nationals, precisely rotating and landing four quads with consummate style and easy grace in the first five elements of a dashing, seemingly effortless performance.

Chen scored 228.80 on his free skate, alone, causing some gathered to joke the competition would be fairer if rules forced him to skip the short program, or wear dull blades.

“Some competitions have been really good,” he said of his recent skates. “Some have been not so very good.

“But I think they’re improving from competition to competition, and that’s what I am looking forward to do.”

Zhou, 18, had trouble with his quadruple flip and quad salchow, just before falling out of a quad lutz.

“I’m happy with the results, but there’s still so much room for improvement,” Zhou said. “And, that give me hope for the future.”

Brown struggled with two salchows and executed no quads, although he had one planned at the very start.

It became a triple. 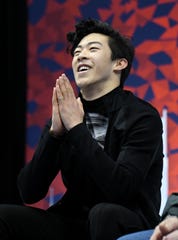 “I’m really proud of the progress I made in this competition. Definitely disappointed, because I really would have loved to rotate that.”

Last year, Chen became the youngest world champ in 17 years, since Evgeni Plushenko, and the first skating for the United States since Evan Lysacek, in 2009.

After schooling at home in California for years and training with his coach, Rafael Arutunian, he entered Yale in September.

Chen works out in an arena on campus and sends videos to Arutunian. He sees his coach during breaks in the academic calendar and at competitions.

This season, he won Skate America, the Internationaux de France and the Grand Prix Final, while hitting the books.

“I didn’t want to pass up on the opportunity,” Chen said of attending Yale.

More: A skate of considerable courage wins pairs title for Cain and LeDuc

Three years out from the next Olympics, the vigorous regimen is difficult. As the 2022 Beijing Winter Olympics beckon, the pressure will grow.

“Raf is now saying, ‘You need to come back. There’s so much you can learn at the rink. I respect what your decision is at Yale, but it’s been so great having you here,’” Chen said, of his coach.

“I already started this path and I don’t want to pull out just yet,” he said. “I still want to continue at Yale. I will try next semester and then I’ll reevaluate after this year.”

After landing six in the free skate at PyeongChang, Chen landed four in the Grand Prix final and four in Detroit.

“Throughout the season, I have attempted less quads than I have in previous seasons, and that’s partially because I haven’t really been ready to attempt the quads,” Chen said. “But also, because it’s not as worth it right now.

“If you make a mistake, there’s a big weight on the score you end up getting.”