Belmonte beat Jakob Butturff of Tempe, Ariz., 236-227, in the final match of the stepladder finals of the fourth and final tournament for this week's World Series of Bowling X in Allen Park. 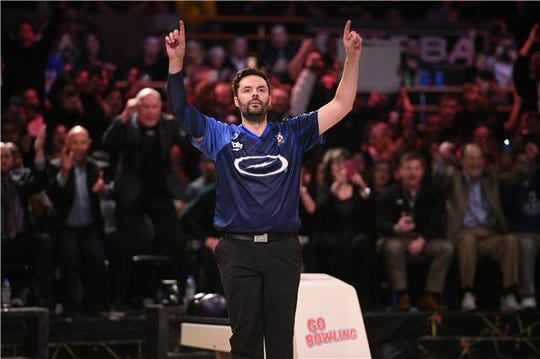 History was made at Thunderbowl Lanes in Allen Park on Thursday night.

Jason Belmonte, the two-handed Australian bowling sensation, won the PBA World Championship for his record 11th major championship. He had been tied at 10 with Hall-of-Famers Earl Anthony and Pete Weber.

Belmonte beat Jakob Butturff of Tempe, Ariz., 236-227, in the final match of the stepladder finals of the fourth and final tournament for this week's World Series of Bowling X in Allen Park.

He won his 10th major last month, at the Tournament of Champions.

“I’m so overwhelmed right now that if I could express how I feel I don’t know if anyone could understand me,” Belmonte said afterward, according to PBA.com. “To break a record held by two of the greatest players of all time is just something I never thought was possible when I first started on tour more than 10 years ago.” 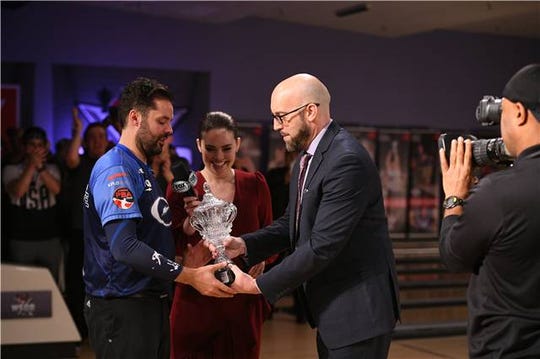 Butturff, 24, a lefty, opened in the sixth frame, but finished with six consecutive strikes. That forced Belmonte, 35, to strike and spare in the 10th. He threw two strikes to start the frame, sealing the deal.

Sometimes called the Tiger Woods of bowling, Belmonte now has something Woods doesn't have — his sport's major-championship record all to himself.

Belmonte earned a $60,000 paycheck, adding to his grand week. He also earned $20,000 on Tuesday night for winning the Chameleon Championship. The two wins bring his career total to 21.

O'Neill lost a close match to Butturff earlier in the stepladder, 235-226.