Melbourne, Australia – Dominic Thiem knows what it’s like to make it all the way through the rigors of a half-dozen best-of-five-set matches across two weeks in order to reach a Grand Slam final – only to run into that particular tournament’s greatest champion.

It’s happening to Thiem at the Australian Open, where he will face defending champion Novak Djokovic for the title on Sunday. 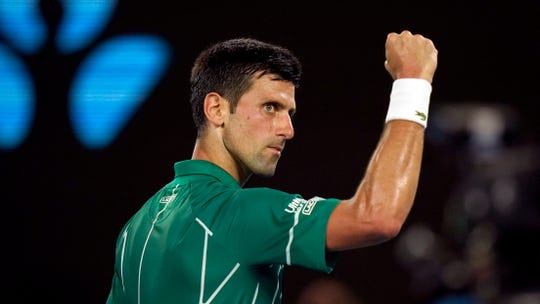 Just like it happened to Thiem at the French Open, where he was the runner-up to Rafael Nadal each of the past two years.

Djokovic already owns a record seven trophies from the hard courts of Melbourne Park. So far, he is a combined 15-0 in semifinals and finals in Rod Laver Arena.

Nadal has been even more prolific on the red clay of Roland Garros, going 24-0 in the last two rounds en route to his 12 championships there.

Also at stake for Djokovic on Sunday will be a 17th Grand Slam trophy overall, which would push him closer to the two men he is chasing: Nadal with 19, and record-holder Roger Federer with 20.

In addition to his haul from here, Djokovic’s major championship collection already includes five from Wimbledon, three at the U.S. Open and one from the French Open.

Djokovic won his semifinal against Federer in straight sets Thursday night, so he gets an extra day of rest before facing Thiem.

“It gives me more time to recuperate and gather all the necessary energy for the finals,” Djokovic said.

As if he needs the help. 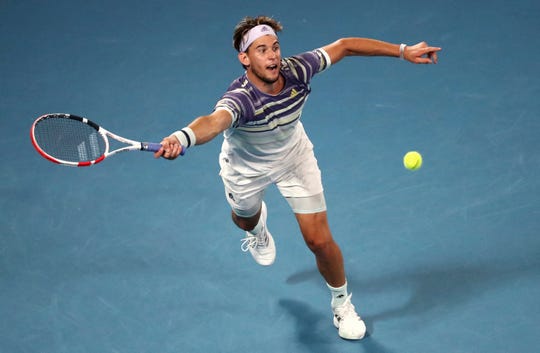 Aside from his track record over the years in Australia, Djokovic also can point to his more recent success: 16 consecutive sets have gone his way.

Expect lots of lengthy points between the No. 2-seeded Djokovic and No. 5-seeded Thiem.

Both are baseline bashers and tireless ball-retrievers. Djokovic’s return is superior. Thiem is better at the net.

Djokovic leads the head-to-head series 6-4, but Thiem has won four of their past five meetings, including the most recent, at the ATP Finals in November.

“I have to risk a lot. I have to go for many shots. At the same time, of course, not too much. That’s a very thin line,” Thiem said. “In the last match against him, I hit that line perfectly.”

Both seem to have a preternatural ability to come through in the clutch.

Think of Djokovic’s two championship points saved against Federer at Wimbledon last year. Consider Thiem’s performance in heart-in-the-throat tiebreakers in his last two matches: 3 for 3 against Nadal in the quarterfinals, then 2 for 2 against Zverev.

“Definitely one of the best players in the world. Deserves to be where he is,” Djokovic said. “It seems like he’s improved his game a lot on hard courts, because his game is more suitable to the slower surfaces. The clay, of course, being his favorite surface.”

It’s true that Thiem never had been past the fourth round in Melbourne until now. And he’s only once been as far as a quarterfinal, at the U.S. Open.

But he has been getting better and better on outdoor hard courts, including confidence-boosting titles at Beijing and Indian Wells (beating Federer in the final) in 2019.

“He definitely has the game. He has the experience now. He has the strength. He has all the means to really be there,” said the 32-year-old Djokovic, who is 6 years older than Thiem. “He has improved in the last 12 months playing on the hard courts, without a doubt, and the results are showing that.”

This can be viewed as a matchup between a member of the old guard – the Big Three of Federer, Nadal and Djokovic have won 12 majors in a row, and 55 of the past 66 – and one of the group of 20-somethings trying to finally get a bite at the apple.

If Thiem wins, he would be the first Grand Slam male singles champion born in the 1990s.

“I mean, we are playing in tough times, we young players,” he said. “We always have to beat all these unbelievable legends.”