The league played five games of a 10-game regular season in eight cities. It was a revival of the XFL that played one season in 2001.

New York — The XFL has canceled the remainder of its return season because of the new coronavirus pandemic.

The league played five games of a 10-game regular season in eight cities. It was a revival of the XFL that played one season in 2001. 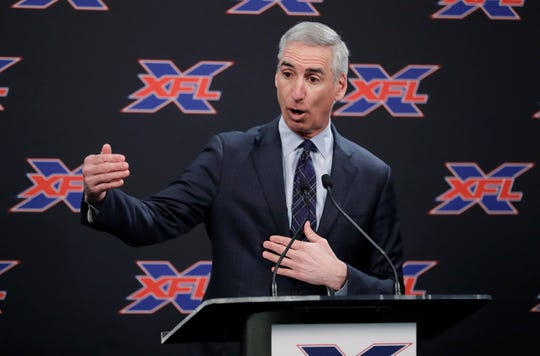 Commissioner Oliver Luck released a statement saying the league had “no choice but to officially cancel the remainder of the 2020 season. This decision has been made with the health and safety of the entire XFL family as our top priority.”

“While we are disappointed to not complete the 2020 season,” Luck added, “our hearts are full of appreciation for your overwhelming support.”

For most people, the new coronavirus causes only mild or moderate symptoms, such as fever and cough. For some, especially older adults and people with existing health problems, it can cause more severe illness, including pneumonia.

The vast majority of people recover from the new virus.

Luck stressed that the XFL will be back.

“When our teams return to the field, we’ll make every effort to ensure your faith in us is rewarded with even more fun and excitement,” he told fans.