'We're not robots': Athletes wary about virus, testing upon return

Chris Thompson is an NFL running back. He also is the father of a 4-month-old daughter, Kali.

'We're not robots': Athletes wary about virus, testing upon return

Chris Thompson is an NFL running back. He also is the father of a 4-month-old daughter, Kali. Guess which of those facts matters more to him when he ponders eventually returning to work amid a pandemic.

“If I go practice or play and I come back home with the virus … that’s my biggest worry,” said Thompson, who signed with the Jacksonville Jaguars this month after seven seasons with Washington. 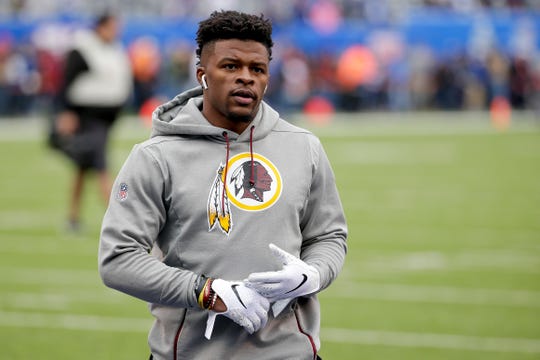 “We’re not robots out there,” he said. “People out there are saying, ‘Hey, with all that’s going on, we need sports back in our lives to get our minds off everything.’ That’s all good. But you’ve got to think about this, too: When we start back in training camp, you’re putting 90 guys from 90 different places all together … and it happens a lot that a lot of us get sick.”

These are the sorts of thoughts those who play the games that people love to watch, discuss and gamble on are grappling with as lockdowns brought about by the coronavirus outbreak begin to ease and various sports resume competition — NASCAR and UFC, for example — or attempt to figure out how to, such as Major League Baseball, the NBA and NHL.

Reporters from the Associated Press spoke to more than two dozen athletes from around the globe — representing seven countries and 11 sports — to get a sense of how concerned or confident they are about resuming competition. What emerged, above all, was a sense that they are going through the very same sort of calculus that much of the rest of society is: What is safe nowadays? How do I, and my family, stay healthy, especially with no cure or vaccine yet?

“There’s certainly an element of the unknown,” New Jersey Devils defenseman Connor Carrick said. “This has not been studied all that long still, even thought it feels like an eternity some days.”

Or as Bethanie Mattek-Sands, who has won nine Grand Slam tennis doubles titles, explained: “It’s sort of even tough to gauge what I should be worried about.”

Mattek-Sands did say she thinks those in charge of her sport will do their best to protect participants, which matched the general consensus among those the AP interviewed.

They also consider the optics.

“You’d have these billionaire (team) owners that are probably social distancing in their boxes, while you have guys on the field playing a game with no fans,” said Kelvin Beachum, an NFL free agent. “I think that would be very, very awkward.”

Nearly unanimous was a wariness about enough COVID-19 testing — what types, how many, how often — and other precautions (contact tracing, for example) that leagues, unions and governing bodies might institute as they develop protocols.

Most echoed Thompson’s sentiment that “we should have constant testing,” but there was hesitation about too many nasal swabs or blood samples.

“If the tests don’t come back for a couple of days and whatnot, how does that really work?” said two-time Olympic champion ski racer Mikaela Shiffrin. “It’s good to know if you test positive or negative. But if we’re talking about being tested today so we can race tomorrow, but the results don’t come back for two days, it doesn’t really help.” 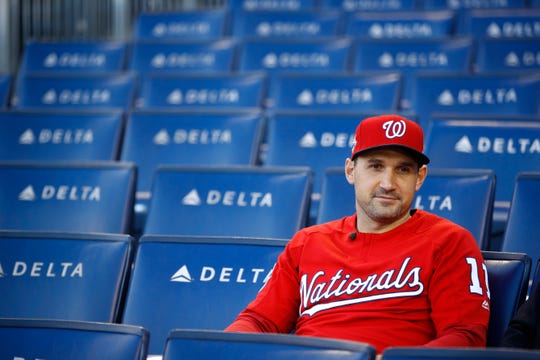 Ryan Zimmerman, a member of the World Series champion Washington Nationals, was adamant: “Someone is going to need to be able to assure us that the testing put forward will be able to catch this before it can cause some sort of outbreak among people in close quarters.”

Some wondered whether they would agree to get a seasonal flu shot if required, the way it was in Australian rugby. Two athletes said they never get seasonal flu vaccines — one also didn’t want recommended shots before a recent trip to Africa — and aren’t inclined to change that.

Others weren’t sure they would agree to get a COVID-19 vaccine if mandated by a league.

“I think it would stop at some sort of vaccine to play,” St. Louis Cardinals All-Star shortstop Paul DeJong said. “There is a fine line between what (MLB) can do to protect us and some things they can do to kind of exert power over us.”

For those in sports such as golf or tennis that require international travel, there are questions about how easy it will be to hop from country to country – and how easy it’ll be to avoid catching or spreading the virus.

“You are so concerned that you don’t want to be the cause of somebody else’s … death,” said Padraig Harrington, a three-time major golf champion from Ireland. “Traveling, you have the fear that you are going to get it — and you still maintain that fear of passing it on to someone who is vulnerable.”

He mentioned his 80-year-old mother, but the list goes beyond athletes’ relatives: coaches, training staff, officials, arena workers and, if there are any, spectators. Plus those folks’ families.

“The pressure to ‘get back out there’ makes it clear,” Olympic long jump champion Tianna Bartoletta said, “that athletes aren’t necessarily being seen as the humans they are, with the families they have.”

A sampling of thoughts from some of the more than two dozen athletes from 11 sports that the Associated Press spoke to about resuming competition:

►“Some players like Steve Nash used to lick his hands. Some people still have that in their routine. Some people wipe the sweat off their face and put it on the ball. It’s going to be weird how they try to control it, because we have to touch each other. And then you have to worry about the family members that we may be touching.” — Bam Adebayo, NBA All-Star with the Miami Heat.

►“What is the testing protocol? What are the actual tests? Who are the laboratories that are going to be testing the samples?” — Becky Sauerbrunn, defender for the U.S. women’s national soccer team and Portland Thorns of the National Women’s Soccer League.

►“When that thing happened with (Rudy) Gobert and the (NBA’s Utah) Jazz, the whole sports world — maybe even the whole world — was like, ‘I got to take this serious.’ So we’re test-tube babies. That’s why it’s even that much more important that we take every precaution before we even think about coming back.” — Marcedes Lewis, Green Bay Packers tight end entering his 15th NFL season.

►“In Arizona, where I train, and in Texas, where I’m from, you don’t even have enough tests to test the nursing homes consistently. So how are you going to be able to test football players, football staff and fans that are coming to the game every week, multiple times a week or every day?” — Kelvin Beachum, NFL offensive lineman for three teams over eight seasons.

►“In the face of global pandemic, to me, sports should not be the focus. Being used as an experiment is OK with me if it helps the global population, but if the motivation is just to get back on the field of play, I don’t think that’s right. — Kara Winger, U.S. record-holder in the javelin.

►“I feel confident and secure, not afraid or anything like that. … We can control it quite well.” — Erik Sviatchenko, captain of FC Midtjylland in the Danish soccer league, where play resumed Thursday and players and coaches will be tested for COVID-19 before each game.

►“Tennis is one of the worst sports suited for something like this. You don’t have the luxury of subbing in a player like in other sports. It would be a nightmare scenario if you have two guys in the final and a guy tests positive the night before or the day of. What are you supposed to do?” — Mitchell Krueger, American tennis player ranked in the top 200.

►“We’re not going to sacrifice safety to try and get back to play.” — James van Riemsdyk, forward for the NHL’s Philadelphia Flyers.

►“I would happily do blood, spit, anything — do (testing) every week, if necessary. — Padraig Harrington, three-time major golf champion. 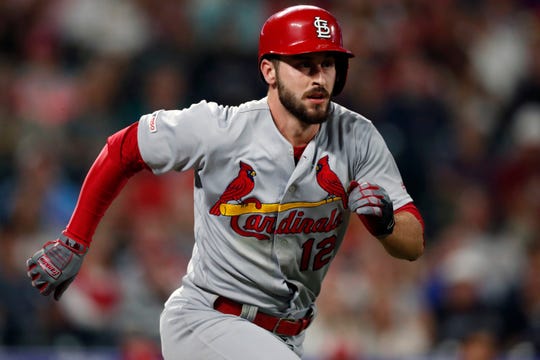 ►“I always thought that baseball players … kind of associate with the everyday workers that want to just get back to work and do their jobs like normal. Almost like a service to others.” — Paul DeJong, shortstop for MLB’s St. Louis Cardinals.

►“I suppose it would be a bit strange at first (to be tested daily). But in the end, you get used to everything and you adapt to a new routine. It would seem logical to do that, since it’s possible that one day you are completely clean but the next day you are infected.” — Damián Quintero, Spanish karate athlete.

►“This is unprecedented. It’s not like we can refer back to our rule book. Everyone’s kind of making it up as they go.” — Bethanie Mattek-Sands, American tennis player with nine Grand Slam doubles titles.

►“The fact that soccer can return is a small sign of normalcy. It will be fresh air for our society. It will be a distraction, even if just for a few hours.” — Óliver Torres, midfielder for Spanish soccer club Sevilla.

►“I feel as if there’s a big rush to get us back. People want to make money. I understand how important it is to have events, but if it’s putting anyone at risk, then that’s ridiculous. I hope everyone is measured. I don’t see the point in going back too early.” — John Millman, Australian tennis player ranked in the top 50.

►“While the PBA is American-based, I live in Australia, I travel to Asia, I travel to Europe. If I am vaccinated, anywhere in the world, I feel like I am doing my part to not spread the virus.” — Jason Belmonte, an Australian bowler who is a five-time PBA Tour player of the year.