Up to 100 Fox Sports Detroit broadcast workers will receive $2,500 stipends

This is in addition to the $2,500 interest-free loans Sinclair offered freelance workers back in March.

Up to 100 Fox Sports Detroit broadcast workers will receive $2,500 stipends

As many as 100 contract workers on Fox Sports Detroit's game broadcasts each will start receiving $2,500 stipends as early as Friday, an additional step by parent company Sinclair Broadcast Group to provide financial assistance amid the COVID-19 pandemic.

The stipends will not need to be paid back, though they are subject to tax withholdings. 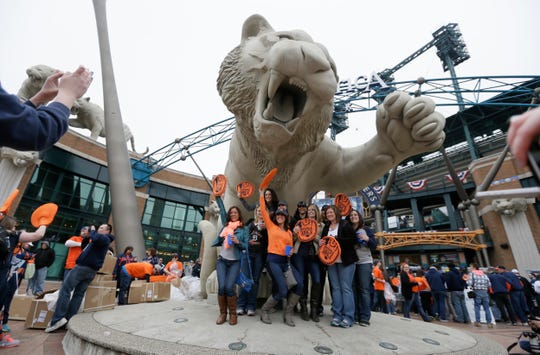 FSD's live game coverage has been shuttered since mid-March, when the coronavirus outbreak essentially shut down sports around the globe.

FSD lost the remainder of the Red Wings and Pistons seasons, and what's looking like the heavy majority of the Tigers' season. Major League Baseball is considering a 50-game season, if there's one at all.

In late March, Sinclair announced it would provide freelance, or contract, workers with a $2,500 interest-free loan. Some employees took it, others didn't. That still needs to be paid back, though there are ongoing discussions about possibly turning that into a stipend, as well.

More than 1,000 workers across the country were eligible for the original loans, which the company said in March could be paid back in small increments once work resumed.

It takes about 25 contract workers — camera operators, directors, technicians, etc. — to put on a nightly Detroit live game broadcast. FSD's "core" contractors, or those who work more than half the broadcasts, will receive the $2,500 stipend. On-air talent, including play-by-play announcers and analysts, will not be receiving the stipend.

More: Henning: Spencer Torkelson looks to be draft lock for Tigers, but 2nd round holds suspense

Sinclair owns FSD and 20 other regional-sports networks across the country, purchasing them for more than $10 billion from The Walt Disney Company last May.

Fox Sports Detroit has had to scramble to fill its airwaves in the pandemic, airing mostly classic Detroit sports games. Airing Thursday night is the Tigers game from June 4, 1984, in which Dave Bergman finished an epic 13-pitch at-bat with a walk-off home run off Toronto Blue Jays pitcher Roy Lee Jackson.