San Diego St. to announce fate of program under Fisher

San Diego St. to announce fate of program under Fisher 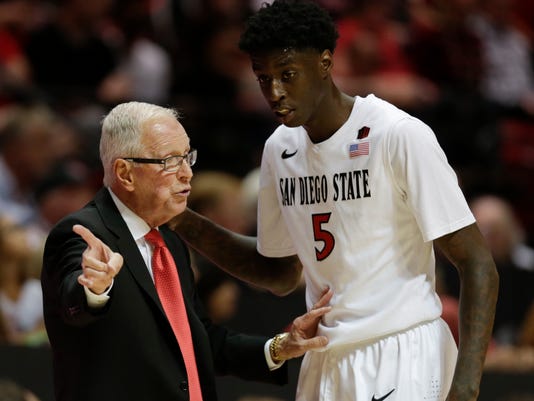 San Diego — San Diego State has scheduled a news conference for Wednesday regarding the future of the men's basketball program.

Fisher is in the final year of a four-year contract extension. He has said he would be open to remaining beyond that deal, which includes a clause that his long-time assistant, Brian Dutcher, is the head-coach-in-waiting.

Hired prior to the 1999-2000 season, Fisher has revived a moribund program. SDSU has 10 20-win seasons and two 30-win seasons under Fisher and has made the NCAA tournament eight times, including two Sweet 16 appearances.