This could turn into a big year for redshirt freshman quarterbacks in the Southeastern Conference. 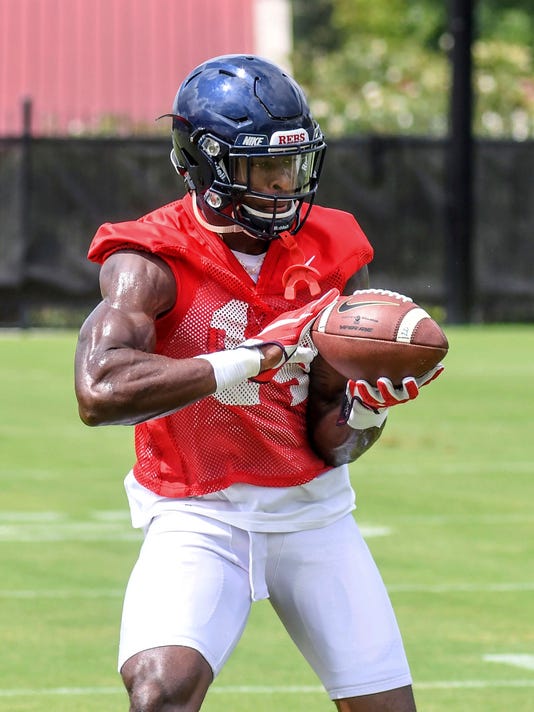 This could turn into a big year for redshirt freshman quarterbacks in the Southeastern Conference.

It all depends on how a few preseason competitions turn out. Florida, Tennessee and Texas A&M all have redshirt freshman quarterbacks bidding for starting spots. None of the three schools has named a starter.

All three redshirt freshmen are counting on the lessons they learned over the last year to pay off now that they have the chance to play.

Here’s a look at some other redshirt freshmen across the country who could make major impacts this season:

Tyler Biadasz, C, Wisconsin: Biadasz has worked as Wisconsin’s first-team center throughout preseason camp. Michael Deiter, who started 10 games at center last season, has moved to left tackle as part of the shuffling that resulted from the absence of tackle Jacob Maxwell, who hasn’t returned since missing much of the 2016 season with a shoulder injury. Deiter’s move has cleared a path for Biadasz to start Wisconsin’s Sept. 1 season opener with Utah State.

D.K Metcalf, WR, Mississippi: Unlike the other players on this list, Metcalf actually has college playing experience. The 6-foot-4 receiver scored touchdowns in each of Ole Miss’ first two games and made a spectacular catch against Florida State in which he tipped the ball to himself in the end zone. But he broke his foot against Wofford and took a redshirt. Metcalf, the son of former Ole Miss and NFL offensive lineman Terrence Metcalf, returned in time to get four receptions for 98 yards and a touchdown in the spring game.

Byron Murphy, CB, Washington: The Huskies have holes to fill at cornerback and Murphy has made the most of the situation with his performance in preseason camp. Murphy, who is 5-foot-11, was named the defensive MVP of Washington’s scout team last fall. Murphy was Washington’s top 2016 signee and the No. 103 overall prospect in his class according to composite rankings of recruiting sites compiled by 247Sports .

Jon-Michael Terry, LB, Oklahoma: One way or another, the Sooners figure to open the season with a Mike linebacker who will be making his college debut. Terry is competing with true freshman Kenneth Murray for the starting spot as Oklahoma switches from a 3-4 to a 4-3 defense this season.

Tyler Vaughns, WR, Southern California: USC needs someone to help out Deontay Burnett in the receiving corps. The 6-2 Vaughns was rated as the nation’s No. 3 receiver and No. 35 overall prospect in the 2016 class according to the 247Sports Composite

Purdue and Notre Dame have added two more games to their four-game series.

The Boilermakers announced the expansion of the series, saying they will play the Fighting Irish six times over the eight-year period from 2021-28.

Purdue also will play home games against Memphis in 2020 and Indiana State in 2022.