Bacon: Coaching buyouts reveal an insane side of college sports

Plenty of pundits have raged about the soaring salaries of college coaches, and rightly so.

Bacon: Coaching buyouts reveal an insane side of college sports 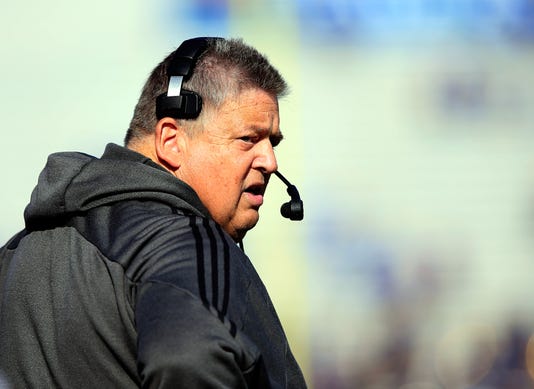 Plenty of pundits have raged about the soaring salaries of college coaches, and rightly so.

Over the past three decades, the average football coach’s salary increased tenfold to $2.5 million. That’s about 25 times more than the average college professor earns, whose salary has merely kept pace with inflation. Today the highest-paid public employee in 39 states is either a basketball coach or a football coach.

That’s nutty enough, but I can make a rational argument that many coaches bring in far more than they take, and add value to their universities. I can also fall back on the marketplace argument. If a school wants to pay its coach several million dollars a year, I can’t begrudge the coach for taking it. That’s how the marketplace works.

But what I cannot rationalize is why these schools continue to pay millions to coaches many years after they were fired. Schools created this upside-down market, which handsomely rewards abject failure, when they started including buyout clauses in their coaches’ contacts. These force schools to pay exorbitant sums just to get rid of losing coaches.

Those bizarre buyouts are supposed to come with a catch: If a winning coach leaves for another school before his contract runs out, he has to pay the school he’s leaving a big buyout. But it turns out the coach usually doesn’t pay anything, because the school he’s going to invariably pays his buyout for him.

Charlie Weis is the reigning king of coaching compensation craziness. When he became the head coach at Notre Dame in 2005, he often bragged his coaching genius would give Notre Dame a “decided schematic advantage” over opponents.

But after five years, it turned out Weis didn’t even bring a “decided schematic advantage” against second-tier teams like Navy, which beat Notre Dame for the first time in 44 tries, then did it again two years later.

After five years, Notre Dame sent Weis on his way with $2 million a year in buyout money, making him one of the highest-paid Notre Dame employees this year – and he hasn’t been an employee in almost a decade.

Incredibly, in 2012 the University of Kansas decided it was every bit as stupid as Notre Dame, and gave Weis another gigantic contract. Well, surprise, surprise, Weis was even worse at Kansas. So bad, they fired him midway through his third season, and gave him millions to stop coaching.

The two schools combined paid Weis more than $40 million for more losses than wins. But what’s even crazier is this: Notre Dame and Kansas will pay Weis more than $24 million in buyout money, because he stunk!

Paying a great coach big money to win games is one thing. Paying a horrible coach even more money to go away is quite another.

If an NFL team wants to pay three head coaches at once, go right ahead. But when universities are wasting millions just to get incompetent coaches to leave, while their students are mortgaging their futures to pay tuition, that’s a criminal lack of responsibility.

This insanity has got to stop. And the schools can stop it whenever they like.

Best-selling author John U. Bacon is a former Detroit News sports reporter. His website is JohnUBacon.com.