Michigan's Shea Patterson was able to get a waiver from the NCAA when he left Ole Miss. Proponents argue that athletes should be able to transfer once without having to sit out a year.

Shea Patterson was able to get a waiver from the NCAA to play immediately for Michigan after transferring from Ole Miss. (Photo: John T. Greilick, Detroit News)

The NCAA, the governing body of collegiate sports, can move at a glacial pace on some student-athlete matters. Its lack of immediate tangible reform can also seem incomprehensible on many levels to those who consider themselves advocates for the college athletes.

This is why Michigan quarterback Shea Patterson and his quest for immediate eligibility after transferring from Ole Miss in December 2017 — five Ole Miss teammates also transferred — garnered so many headlines last year at this time through April when the NCAA finally granted his waiver. This is why there is so much focus on the transfers of a number of high-profile football players this year, including quarterback Justin Fields, who left Georgia and transferred to Ohio State with the hope of of gaining immediately eligibility for this fall.

The NCAA rules require a transferring athlete to sit out a full academic year before being eligible to play. Those who advocate for student-athletes say football players, for instance, should be able to transfer without penalty. But the NCAA has taken baby steps on the matter.

Last year, the NCAA instituted a new Division I rule that allows athletes to enter their names in a “transfer portal” without requiring permission from the program. Once the athlete’s name is in the database, any coach can initiate contact. Previously, schools could block players from leaving.

But still, the transfer rules have been maintained and players are required to sit a year. They can, however, as Patterson did with his lawyer Tom Mars, file waivers. Mars also is representing Fields in his waiver appeal.

Jay Bilas, a former Duke basketball player and now an ESPN analyst who also is a lawyer, is a student-athlete advocate and takes to Twitter daily to decry the hypocrisy of the NCAA and its rules.

Student-athletes, he said, should be able to transfer. Period. No fuss. No penalty.

With that in mind, changing the rules as they apply to student-athletes who play football and basketball should be a snap.

“It is really easy. It’s incredibly simple,” Bilas said. “You start with the philosophical point of the NCAA and all their bedrock principles. An athlete is a student who just happens to be an athlete, and an athlete is a student to be treated like any other student. Start there. Any other student can transfer and participate in extracurricular activities whenever they feel like it. The unreasonable response to that is, ‘Well what do you want for them to transfer at halftime and play for the other team?’ No, we can have reasonable rules on competition.

“What do people say about transfers? They say, 'Well kids today, they don’t want to go through any adversity. It gets the least bit difficult, and they just pick up and leave.' Well first of all, that’s not true, and second, if it were true, so what?”

DiNardo played in a different era, in the mid-1970s at Notre Dame. Players then had four-year scholarships and laundry money, he said, and there was no offseason conditioning. Also at that time, coaches and athletic directors were not being paid outrageous salaries as they are today. 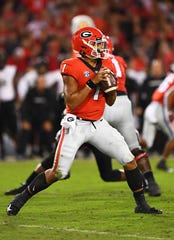 “I’m not for paying the athletes,” DiNardo said. “What makes it fair financially is they can have their freedom. I don’t want to make them considered employees, but they should be rewarded for generating millions and millions of dollars. That’s why I think they should be able to move around freely.”

He takes it a step further saying a system should be devised so that a player can test the NFL Draft waters and if he doesn’t like the result, he can return to college.

Will it ever be that easy for a college football player to transfer without having to hire a lawyer to challenge the system? Is it ever that easy? Some opponents contend this would trigger free agency.

Tim Nevius was a baseball player at the University of Dayton, who happened to transfer there. He earned a law degree and after working at the NCAA as an investigator has immersed himself in the legal world of college sports. He started Nevius Legal, which represents athletes in a number of areas, including eligibility issues.

Nevius assumes because of pressure from coaches and the coaches’ association, the NCAA does not make a uniform rule across all sports for a one-time transfer.

“If they’re going to justify this on academic readiness or getting acclimated to your new academic environment, then make everything uniform,” Nevius said. “But we know that it is disingenuous because it’s all about commercial and competitive interests. They can’t continue to perpetuate this claim that this all based on academics when in fact we know it’s based on commercial and competitive interests.

“But it is a very easy fix to say everyone who is academically and athletically eligible can transfer one time during their undergraduate career without sitting out.”

“The players are blamed for wanting to leave or go to another school so this narrative gets flipped on its head,” Nevius said. “Instead of talking about how they’re being exploited and these restrictions are ridiculous, it’s all about, ‘Oh we’re letting these guys skip town.’ How hypocritical is that when coaches leave one program to another and (a few weeks) later go back to the same program? It’s just an absurdity, and meanwhile, the coaches can make millions and millions of dollars.

“It shouldn’t be a question — if you’re doing everything right, you shouldn’t be restricted from competition.”

The rules are a leftover of an older generation, Bilas said.

“What’s the harm?  If you let them leave, who cares?” Bilas said. “Why would we care whether a player has to sit out a year? That’s a vestige of the old days. They called it a year in residence. Like you have to get used to your new school? So freshmen don’t have to get used to their new school? It’s just the transfer. All it is, is a penalty. It’s a penalty to keep an asset of the university from leaving. It’s a deterrent. It’s the equivalent of a noncompete provision in an employment contract.

“I’m just arguing, coaches get to leave whenever they feel like it. Let the players go. We’re not going to have players transferring at a higher rate. It’s not going to be worse than it is now. We’re making all these doomsday predictions. Just let them go. The coach can aspire to more, but the player can’t.”

This notion that allowing a one-time transfer with immediate eligibility would cause a rush of departures is a farce, they believe.

“It’s a scare tactic,” Nevius said. “The reason these rules exist is so they can predict their roster and maintain some consistency and know how they should do in terms of recruiting. They’re trying to scare people to say this is going to open the flood gates. If you allow a one-time transfer, it allows for a one-time transfer. After that, I think the restrictions are reasonable. The fact is, there are so many other factors at play that would discourage a player from transferring.”

In the past six months, Mars has become the go-to lawyer for parents of student-athletes wanting to transfer and play immediately. He set the bar high with his work with Patterson and his five Ole Miss teammates, all of whom were granted waivers. Fields, with Mars’ assistance, is expected to be granted immediate eligibility to play for Ohio State this fall.

“The fact that so many parents are reaching out for legal help speaks volumes about the urgent need for reform of the NCAA transfer and waiver rules,” Mars said. “I hope the NCAA will do something quickly to remove the burdens the current rules place on student-athletes and their parents. After all, without the student-athletes, there wouldn’t be any college sports for the NCAA to govern.”