With wind chills well into the negatives across the Midwest on Wednesday and expected to be again Thursday, several state teams have postponed games, including the Michigan State women. 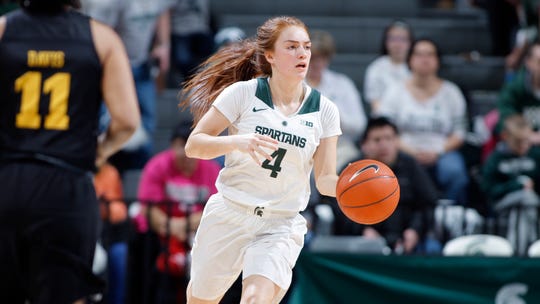 The Polar Vortex has put a deep freeze on local college basketball schedules.

With wind chills well into the negatives across the Midwest on Wednesday and expected to be again Thursday, several state teams have shuffled their schedules.

►Western Michigan men postponed its Thursday home game against Kent State until Feb. 14. The game originally was moved from Tuesday to Thursday.

►Western Michigan women won't play at Northern Illinois on Thursday, and the game will be rescheduled at a later date. It was originally moved from Wednesday to Thursday.

►Central Michigan women will play at Bowling Green on Feb. 20, instead of Wednesday.

►Wayne State moved its men's and women's home games against Grand Valley State from Thursday to Friday. The women will play at 5, and the men at 7.

Meanwhile, officials at Oakland and Detroit Mercy have said their men's home games definitely will go on as planned Thursday, against Youngstown State and Cleveland State, respectively.

For the Detroit Mercy game, the first 100 students will receive free pizza and pop.

Also, as of 3 p.m. Wednesday, the Michigan women planned to play the Thursday home game against Iowa as scheduled, despite classes being cancelled.