Tungate thought he'd miss two games. He ended up missing seven with back pain related to a previous surgery. 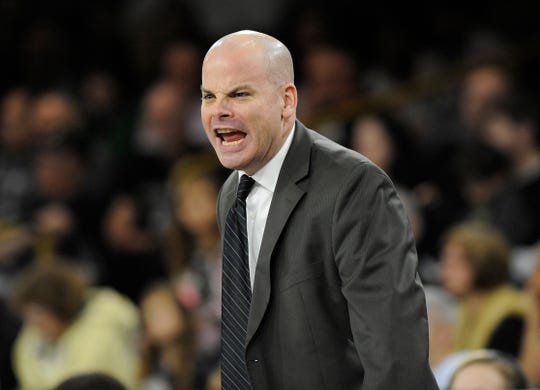 On Monday, he is scheduled to return to work, after doctors cleared him over the weekend.

Tungate returns during crunch time for Oakland, which is battling to make the Horizon Legaue tournament. Only the top eight teams out of 10 in the regular-season standings qualify for the tournament this year. Oakland is currently in the eighth spot, one game ahead of Detroit Mercy, and two ahead of Illinois-Chicago.

On the men's side, both Oakland and Detroit Mercy have qualified for the Horizon League tournament.

Both tournaments start March 5, with first-round games at campus sites, before the semifinals and finals shift to Little Caesars Arena on March 11-12. The Oakland men remain in good position to host a first-round game, after sweeping the season series from Detroit Mercy on Saturday.

Tungate is in his sixth season as head coach of Oakland women.