A player from Michigan hasn't won college hockey's top prize since 2011 — left wing Andy Miele, who grew up in Grosse Pointe Woods before attending college at Miami of Ohio. 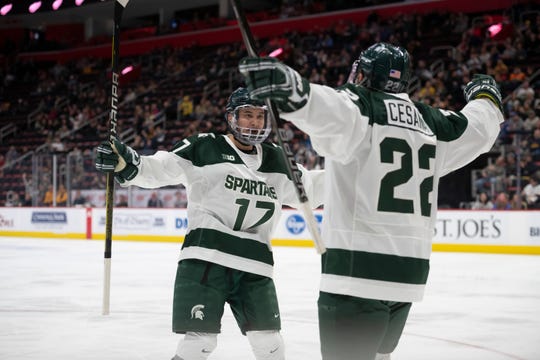 Two stars from Michigan are among the finalists for college hockey's top individual prize.

A player from Michigan hasn't won the award since 2011 — left wing Andy Miele, who grew up in Grosse Pointe Woods before attending college at Miami of Ohio.

Hirose emerged this season, his junior year, as one of the top scorers in the country, logging 15 goals and 35 assists in 36 games. He was the Big Ten player of the year, and then signed with the Red Wings after the season. Hirose made his professional debut Tuesday, notching an assist in a 3-2 win over the Rangers. 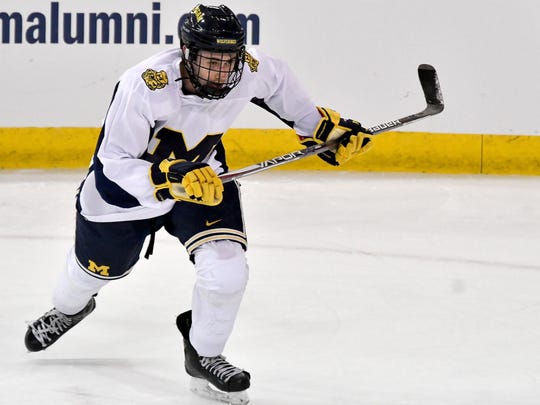 Hughes finished his sophomore season with five goals and 28 assists in 32 games and was named Big Ten defensive player of the year, before the former No. 7 overall pick signed with the Vancouver Canucks.

Hughes is the older brother of Jack Hughes, considered the consensus No. 1 overall pick in the upcoming NHL Draft.

Fan voting for the 10 Hobey Baker finalists runs through March 31, when three finalists will be named. The winner will be announced April 12.