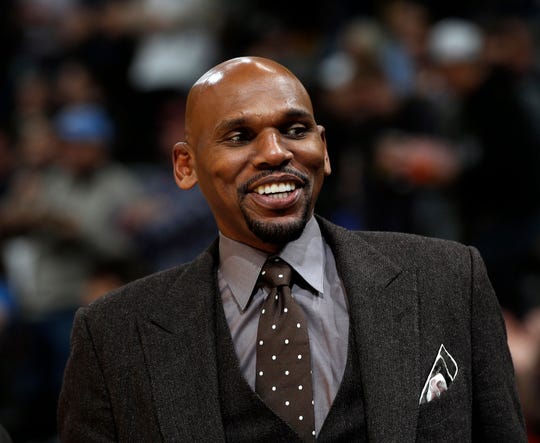 Stackhouse, 44, was an assistant with the Memphis Grizzlies this past season.

Stackhouse succeeds Bryce Drew, who was fired March 22 after going 40-59 in three seasons. Vanderbilt was 9-23 this season and became the first Southeastern Conference team in 65 years to go winless in league competition.

"I am extremely excited to join the Vanderbilt family and build on the incredible accomplishments of its athletics program and men’s basketball program,” Stackhouse said a release. “I look forward to furthering Vanderbilt’s unique approach to athletics — blending a powerhouse competitive spirit with elite academics to holistically develop talented student-athletes and celebrate victories on and off the court."

He was drafted by Philadelphia No. 3 overall in 1995 and was traded to Detroit in December 1997. The Pistons traded Stackhouse to Washington in 2002.

He went 70-30 in two seasons with the Raptors 905, reaching the finals twice and winning a championship. He was the G League’s coach of the year for 2016-17.