Watch: Check out 'One Shining Moment,' especially if you love Zion Williamson

Williamson. the Duke star, had many closeups in the annual tribute video, even more than Michigan State's appearances.

Watch: Check out 'One Shining Moment,' especially if you love Zion Williamson 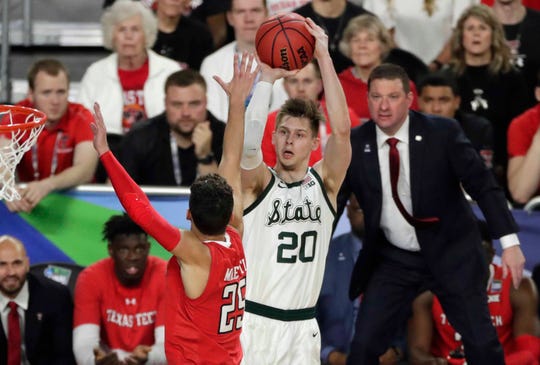 It's called "One Shining Moment" — unless you're Duke's Zion Williamson, apparently.

The Blue Devils' big man had many shining moments, at least by the judgment of CBS executives, who rolled out the annual post-NCAA Tournament video tribute shortly after Virginia's overtime win over Texas Tech on Monday night.

We counted at least six closeups of Williamson, though other media outlets counted more. (Some counted his outstretched arm attempting to get in the face of Michigan State's Kenny Goins.)

In any event, six or more, that trumps the appearances in the highlight reel by Michigan State, which beat Duke to advance to the Final Four, and Michigan, which lost in the Sweet 16. Both the Spartans and Wolverines lost to the eventual national runners-up.