The Detroit Mercy men’s basketball team is ineligible to participate in postseason play in 2020 for failing to meet minimum Academic Progress Report (APR) standards, as mandated by the NCAA. 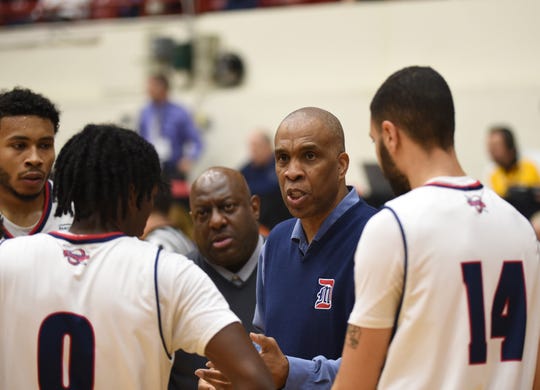 The Detroit Mercy men’s basketball team is ineligible to participate in postseason play in 2020 for failing to meet minimum Academic Progress Report (APR) standards, as mandated by the NCAA.

UDM is one of eight Division 1 athletic programs ineligible for postseason play, but the only one in men’s basketball.

APR is a four-year score designed to evaluate student-athletes’ progress toward graduation. According to NCAA standards, a score of 930 represents a 50% graduation rate, and teams that finish below 930 can face penalties.

Eighteen athletic programs at Detroit Mercy had scores above 930, seven exceeded the national average of 983 and two had perfect scores of 1,000 (men’s fencing, women’s fencing).

The Detroit Mercy athletic department explained the low score in a press release:

“The men’s basketball score of 920 was a product of student-athlete retention from the four-year period due to the changes in the coaching staffs. This score was not the result of a decrease in academic or graduation success. It is important to note that 50% of the APR score is based on retention, with the other 50% based on academic eligibility.”

UDM said during the last four years, nine players have left the men’s basketball program, causing the loss of APR points due to the retention factor.

Mike Davis was hired by UDM in June 2018 and he led the Titans to an 11-20 record (8-10 Horizon League). He came to Detroit after six seasons at Texas Southern, six at Alabama-Birmingham and six at Indiana.

Messages left for Davis by The Detroit News were not immediately returned.

“The academic success and well-being of our student-athletes remains the top priority, and we have implemented new parameters to help the improve the academic and retention goals for Detroit Mercy Athletics,” the statement from UDM read. “We developed a strong APR Improvement Plan that includes the hiring of head coach Mike Davis to a long-term contract to help solidify and build a foundation of stabilization, the incorporation of the Academic Center into the academic well-being of the student-athletes and the addition of an associate athletic director in charge of continued academic success.”

In addition, there are 22 teams that face penalties that could include practice restrictions and playing-season reductions.

The NCAA Committee on Academics will continue to evaluate the effectiveness of APR, such as how transfers should count before and after graduation, how the rate is calculated and how penalties are assessed.