Teams competing for the national championship this season got good news well before the College Football Playoff.

Teams competing for the national championship this season got good news well before the College Football Playoff — even if they didn’t have much time to celebrate.

They worked to sign those recruits while preparing for playoff matchups, one consequence of the early signing period that arrived two years ago. Ohio State faces Clemson and LSU meets Oklahoma in the CFP semifinals on Dec. 28.

“You have 14 guys coming in mid-year, you have award shows to go to and, by the way, once you get off the road you have two weeks to prepare to play Clemson,” Ohio State coach Ryan Day said. “That’s a very stressful time. But it is what it is and we’re keeping our head down and going.” 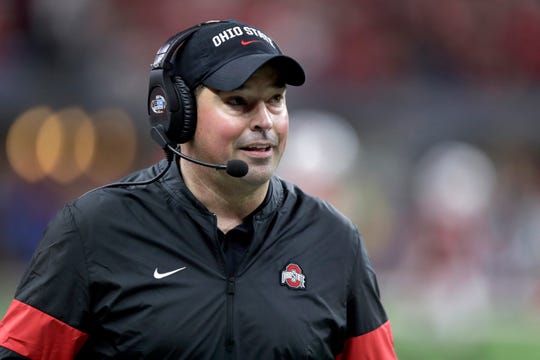 Those busy schedules haven’t stopped the usual suspects from reaching the playoffs and topping the recruiting rankings each year.

Many of the elite recruits that didn’t choose LSU, Clemson or Ohio State are instead heading to Alabama and Georgia, two other recent playoff participants. Those five programs have commitments from about half the top 50 prospects.

Clemson tops the 247Sports Composite team recruiting rankings and was followed in order by Alabama, Ohio State, Georgia and LSU as of early Wednesday evening. Oklahoma’s class was ranked 11th.

“More teams are recruiting at an elite level,” said Barton Simmons, the director of scouting for 247Sports. “Usually, it’s one, two or three (teams) tops. This cycle there’s legitimately four or five teams recruiting at a national championship level.”

Clemson coach Dabo Swinney said he needed a big recruiting haul as he attempts to replace a senior class that is trying to help the Tigers win their third national title in four years.

“When you graduate players like that, you better have quality coming in the door,” Swinney said.

Clemson signed seven of the nation’s top 29 prospects according to the 247Sports Composite. That included No. 1 overall recruit Bryan Bresee, a defensive tackle from Damascus, Maryland.

LSU signed two of the nation’s top 12 recruits in tight end Arik Gilbert (No. 9) and cornerback Elias Ricks (No. 12).

Here’s a rundown of some notable events on Wednesday:

LSU wins some, loses some

LSU had one of the most eventful days of any program.

Seven of the top 10 prospects in Florida according to the 247Sports Composite picked out-of-state schools. Clemson landed three of Florida’s top four recruits in running back Demarkcus Bowman (No. 16), defensive tackle Demonte Capehart (No. 24) and cornerback Fred Davis II (No. 26). The top Florida prospect is the LSU-bound Ricks.

The highest-rated California player to sign with a home-state school so far is Stanford-bound wide receiver John Humphreys, ranked 14th in the state and 114th nationally.

League of its own

Ohio State continued to distinguish itself from its Big Ten rivals on the recruiting trail.

As of late Wednesday afternoon, Ohio State had signed eight top-100 recruits according to the 247Sports Composite. The other 13 Big Ten teams had combined to sign six top-100 prospects.

All-purpose back E.J. Smith, the son of Hall of Fame running back and former Florida star Emmitt Smith, had a Gators hat on the table along with caps from various other schools as he prepared to announce his college choice.

But the top-150 recruit from Dallas Jesuit chose Stanford instead.