'A new reality': CMU cuts men's track to save $600K a year; falls below minimum for men's sports

The move affects 36 student-athletes, some of whom also run cross country, a program that remains.

'A new reality': CMU cuts men's track to save $600K a year; falls below minimum for men's sports

Earlier this spring, when asked if Central Michigan was considering cutting athletic programs amid the COVID-19 financial crisis, athletic director Michael Alford said, "We're not there, yet."

On Tuesday, however, Central Michigan got there.

Central Michigan became the first Division I school in the state to eliminate an athletic program as a result of the COVID-19 pandemic, with the immediate discontinuation of men's indoor and outdoor track and field — a decision that will save the university hundreds of thousands of dollars a year, but also one that leaves the athletic department out of compliance, having fallen under the minimum number of men's sports offerings. 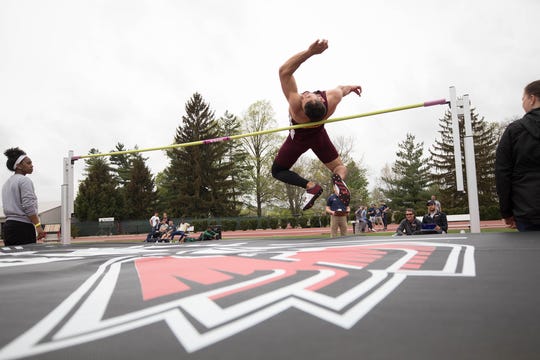 The move affects 36 student-athletes, some of whom also run cross country, a program that remains.

"Every business, every industry is going through this right now," Alford said Tuesday afternoon on a conference call with reporters. "As you come up with problems and issues, you've gotta find a solution.

"Right now, for our financial sustainability, this is the decision, the solution I came to.

"As an AD, it's probably the hardest thing of your life."

Scholarships will be granted for the duration of a student's college career, if they choose to stay at CMU, and that includes incoming freshmen. Students who wish to transfer can do so without penalty. Two assistant-coaching positions also were eliminated.

Jenny Swieton oversaw the men's programs, and will remain on the job as head of women's track and field and men's and women's cross country.

The men's indoor and outdoor track and field programs had an annual budget of $629,798, which will be the long-time annual savings. In the short term, savings will be around $300,000 a year.

The decision leaves Central Michigan with 16 sports programs, the NCAA Division I minimum. Early in the COVID-19 crisis, five mid-major conferences, including the Mid-American Conference, sent the NCAA a memo asking for a temporary waiver for sports minimums, but the NCAA denied it.

It also leaves Central Michigan with five men's teams, one below the NCAA Division I requirement. Alford has been working with the NCAA on a temporary waiver, and expects an answer soon, perhaps as early as Wednesday. If the NCAA doesn't approve the waiver, Alford said he has a fallback plan, but didn't elaborate.

"I have various models to make sure we're in full compliance this year," Alford said.

Colleges across the country have been scrambling to get their books in order amid the COVID-19 crisis, which has shut down sports for sevearl weeks and left athletic departments bracing for massive cuts. The cancellation of the NCAA Tournament cost mid-major schools like Central critical six-figure paydays. Projected declining enrollment is a major concern, as well.

Alford said there are no plans to cut additional sports teams, but also said there's little to no chance of men's track ever being brought back, even if the financial outlook improves in the coming years.

In his conference call with reporters, Alford choked up multiple times talking about the student athletes.

"We've been trying to make it work," said Alford, who has been bouncing between six and seven different budget models. "It's just impossible to make it work without this reduction."

The last Division I school in Michigan to eliminate teams was Eastern in March 2018, axing men's swimming and diving and wrestling, and women's tennis and softball. A lengthy court case forced Eastern to reinstate women's tennis, and it is in the process of adding women's lacrosse to substitute for softball.