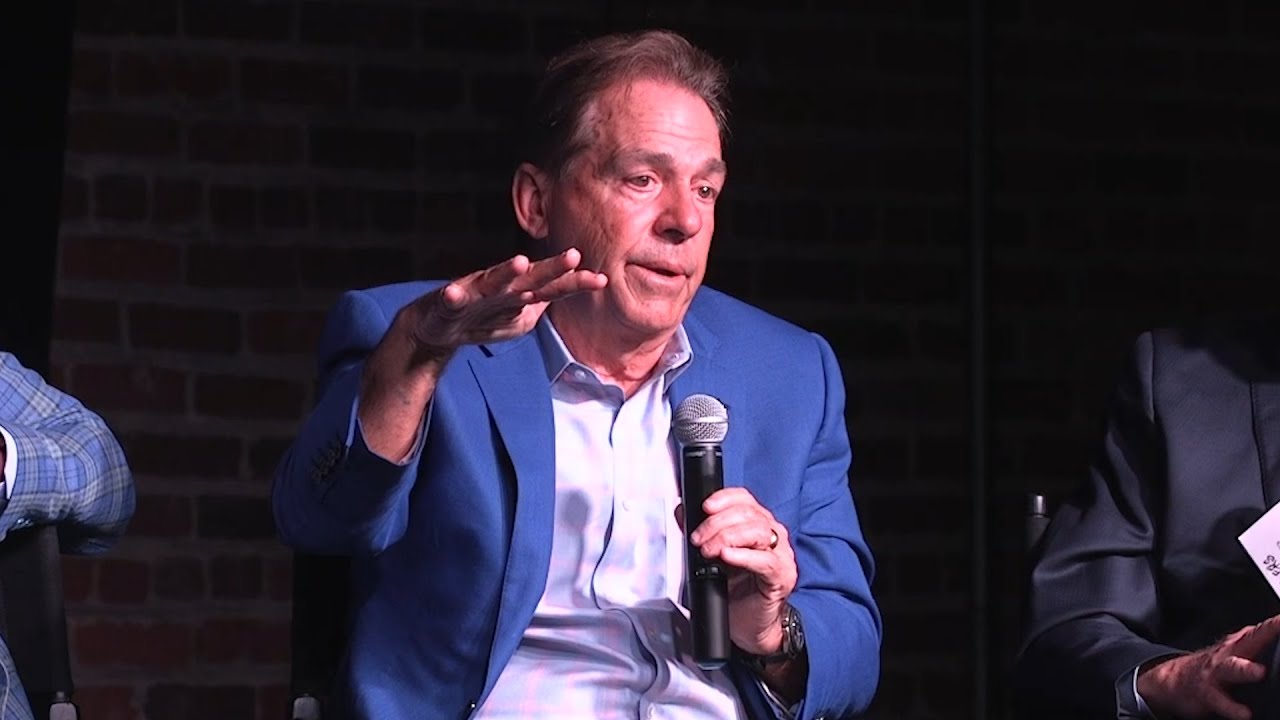 The Southeastern Conference spring meetings will be held in person for the time since 2019 in a little less than two weeks.

It is unlikely two of the SEC’s superstar coaches will be chumming around Destin, Florida, together.

Saban apologized a few hours later but generally stuck to his stance and SEC Commissioner Greg Sankey followed soon after with a public reprimand for both.

So much for a quiet offseason.

“It’s despicable that a reputable head coach can come out and say this when he doesn’t get his way or things don’t go his way,” Fisher said in College Station, Texas. “The narcissist in him doesn’t allow those things to happen — it’s ridiculous — when he’s not on top. And the parity in college football he’s been talking about? Go talk to coaches who have coached for him. You’ll find out all the parity. Go dig into wherever he’s been.”

Texas A&M had the consensus No. 1 recruiting class in the country for 2022 after beating Alabama during the regular season. The Tide’s class was No. 2. In his session which lasted about 10 minutes, Fisher declared: “We never bought anybody, no rules are broken. Nothing was done wrong.”

The Crimson Tide lost to the Aggies in 2021, but went on to win the SEC championship and play for the national title. The Aggies finished 8-4 in their fourth season under Fisher, who, like Saban, is among the highest-paid coaches in the game at more than $9 million per season.

The public spat is perhaps the ugliest display of the growing angst and concerns among college coaches who are wrestling with two big changes: The compensation era, launched last July, and its impact on recruiting, and the ease with which players can now transfer.

Saban, who has won six national championships and is widely regarded as one of the greatest coaches in the history of the game, has called the current state of affairs unsustainable. At an event in Birmingham, Alabama, he said some schools were spending “tons of money to get players.”

“You read about it, you know who they are,” Saban said Wednesday. “We were second in recruiting last year. A&M was first. A&M bought every player on their team. Made a deal for name, image and likeness. We didn’t buy one player. But I don’t know if we’re going to be able to sustain that in the future, because more and more people are doing it. It’s tough.”

Fisher was an assistant under Saban in the early 2000s at LSU, working as offensive coordinator on the Tigers’ 2003 national title team. That relationship is now badly damaged.

“We’re done,” Fisher said, adding Saban reached out by phone but he did not take the call. “He showed you who he is. He’s the greatest ever, huh? When you got all the advantages, it’s easy.”

He said Saban’s comments were insulting to Texas A&M and the families of the players who signed with the Aggies.

“Some people think they’re God,” Fisher said. “Go dig into how God did His deal. You may find out about a guy, a lot of things you don’t want to know. We build him up to be this czar of football. Go dig into his past or anybody who’s ever coached with him. You can find out anything you want to find out what he does and how he does it.”

“There’s a reason I ain’t went back and worked for him, with opportunities. I don’t want to be associated with him,” Fisher added.

Texas A&M plays at Alabama on Oct. 8, but Fisher and Saban won’t have to wait that long to cross paths with the SEC meetings just around the corner.

“I don’t cheat. I don’t lie. If you did my old man slapped me across the face. Maybe someone should have slapped him (Saban),” Fisher said.

The 56-year-old Fisher won a national championship in 2013 as head coach at Florida State before receiving a 10-year contract for $75 million to leave Tallahassee for Texas A&M in 2017.

The NCAA lifted most of its rules barring athletes from earning money from sponsorship and endorsement deals last July, but there are concerns among many in college sports that NIL deals are being used to as recruiting inducements and de facto pay-for-play. Last week, the NCAA issued guidance to Division I members to clarify its rules against boosters being involved in recruiting.

In February, Fisher went off on competitors who were pushing rumors that Texas A&M had spent $30 million on NIL deals to land one the highest-rated recruiting classes in history.

The 70-year-old Saban was more targeted in his critique of the current state of college football then he has been in the past. He also mentioned Jackson State and Miami in his remarks.

Jackson State coach Deion Sanders, an Pro Football Hall of Famer, landed one of the top recruits in the country in cornerback Travis Hunter, who had been committed to Florida State until a signing day flip in December.

“We as a PEOPLE don’t have to pay our PEOPLE to play with our PEOPLE,” Sanders tweeted Wednesday night. Hunter also chimed in on social media.

As for Fisher, he said he’s looking forward to the Destin meetings.

“I don’t mind confrontation. Lived with it my whole life,” Fisher said. “Kind of like it myself. Backing away from it isn’t the way I was raised.”