Two things are apparent in the Big Ten as November approaches. 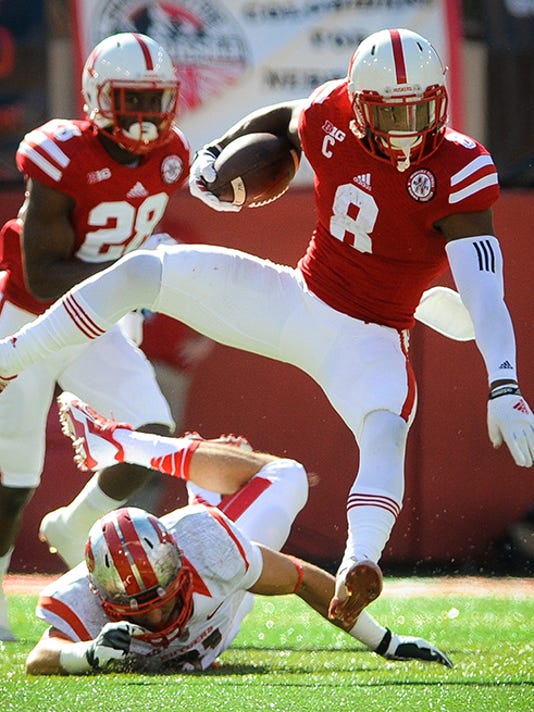 Two things are apparent in the Big Ten as November approaches.

The Ohio State-Michigan State game in two weeks will decide the winner of the East Division unless both inexplicably hit the skids. The West is a jumbled mess with no clear favorite among the four top contenders.

Ohio State-Michigan State for months has been looked at as the conference's marquee regular-season game, with the winner likely representing the league's best chance for a spot in the inaugural College Football Playoff.

Before the main event in East Lansing, No. 13 Ohio State (6-1, 3-0) hosts Illinois on Saturday. The Buckeyes' close call at Penn State last week should keep them from overlooking an Illini team that just knocked off Minnesota.

"I know there's a big one coming up and our players know it. Of course they know that's coming," Ohio State coach Urban Meyer said Tuesday. "But this is a big one as well. That one (against Michigan State) loses a little luster if we don't take care of business Saturday."

No. 8 Michigan State (7-1, 4-0) has a bye this week following its win at Michigan. Coach Mark Dantonio said it's a timely open date for the defending Big Ten champion Spartans.

"I think it is, coming off an emotional game and also just healing up and allowing us a little bit more time to focus on our next task and really reorganize ourselves," Dantonio said.

Each East team except Ohio State and Michigan has two conference losses. After the game in East Lansing, Ohio State goes to Minnesota and plays Indiana and Michigan at home. Michigan State finishes with Maryland on the road, Rutgers at home and Penn State on the road.

"It's going to come down to the last couple weeks, and the challenge is to be in that discussion," Iowa coach Kirk Ferentz said. "You have to play well to get there.

Nebraska hosts Purdue on Saturday and then has an open date. The Cornhuskers' last three games are at Wisconsin, Minnesota at home and at Iowa.

Minnesota has the toughest path to the Big Ten championship game after stumbling at Illinois last week. The Gophers, who are off this week, host Iowa and Ohio State and finish at Nebraska and at Wisconsin.

"We feel the bye week came at the right time for us," Gophers offensive coordinator Matt Limegrover said. "We have a pretty daunting schedule down the stretch. I feel we're in good position being in the middle of the race."

Iowa, which got a week off after losing at Maryland, plays Northwestern in Iowa City this week. Back-to-back road games against Minnesota and Illinois will be followed by home games against Wisconsin and Nebraska.

"You're hoping to see your team play their best team football," Ferentz said. "I don't think we've really done that consistently yet this year. From a historical perspective, our good teams have played better as the season goes on."

Wisconsin, coming off an impressive win over Maryland, appears to be playing its best football now. The Badgers, the media's preseason pick to win the division, have back-to-back road games against Rutgers and Purdue before their showdown with Nebraska in Madison on Nov. 15.

"Not every game goes your way, not every play goes your way, but they should feel pretty good about themselves right now," Badgers coach Gary Andersen said. "This has always been a confident crew, but they gained a little momentum with success."