Kosta Karageorge body was found in a dumpster following a 911 call. 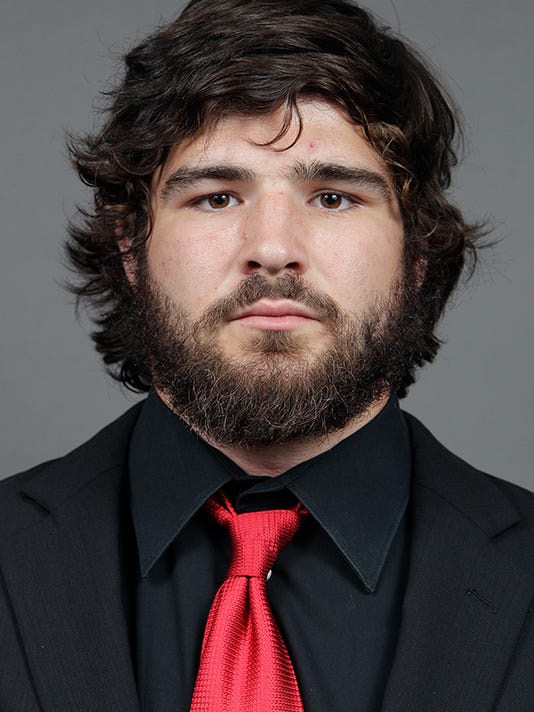 Columbus, Ohio — An Ohio State football player who disappeared shortly after sending a text message about his concussions was found dead Sunday in a dumpster, apparently of a self-inflicted gunshot wound, police said.

Police spokesman Sgt. Rich Weiner said police received a call around 2:30 p.m. from someone reporting a body found in the trash bin. Weiner said a woman and her son apparently were looking for items in the dumpster when they found the body.

"At this time we are able to confirm through tattoos here at the scene that it is the body of Kosta Karageorge," Weiner said.

The police spokesman said the preliminary investigation showed that Karageorge apparently died of a self-inflicted gunshot wound. He said a handgun was found in the dumpster.

Police found the body near the campus after a search began when Karageorge went missing Wednesday. The senior defensive tackle had last been seen at his apartment in Columbus, when his roommates said he left to go on a walk.

The body was found within a couple hundred yards of Karageorge's home and about a half block from High Street, the main artery of the campus. Sunday evening, no one answered when an Associated Press reporter knocked on the metal door of Karageorge's apartment.

Karageorge's parents filed a missing-person report Wednesday evening, and his mother, Susan Karageorge, told police he had had several concussions and a few spells of being extremely confused, according to the report. She said that at about 1:30 a.m. Wednesday he texted a message apologizing and saying the concussions had messed up his head. "I am sorry if I am an embarrassment," he said.

A woman answering the phone Sunday at Susan Karageorge's home identified herself as a friend and said that neither Susan Karageorge nor other family members had any comment.

University athletic officials said they were grieved to learn of Karageorge's death.

Ohio State Athletic Director Gene Smith said in a text message when asked about any plans to honor the player or logistics for the team to attend the funeral that it was too soon to answer those questions. The Buckeyes will play Wisconsin in the Big Ten championship game Saturday at Lucas Oil Stadium in Indianapolis.

A former Ohio State wrestler, Karageorge joined the football team as a walk-on this season. He played in one game and was among two dozen seniors slated to be recognized at the final home game Saturday against rival Michigan. The Buckeyes won, 42-28.

"He's got a great personality, one of the favorite people I've ever met — just an interesting guy and a big heart," Bennett said.

During halftime at the No. 16 Ohio State men's basketball game against James Madison in Columbus, pictures of Karageorge were shown and an announcement was made urging people with any information to contact police.

After Karageorge went missing, the team's physician, Dr. Jim Borchers, said he could not comment on the medical care of student athletes. But, he added, "We are confident in our medical procedures and policies to return athletes to participation following injury or illness."

The player's sister, Sophia Karageorge, told The Columbus Dispatch that he apparently was upset, and roommates said he went for a walk, dressed in black from his hat to his boots.

"We're very concerned that he's not himself and that he maybe doesn't know what's going on," she told the newspaper.

She said after each concussion he followed trainers' instructions and received proper care but "his repercussions from (concussions) have been long-term or delayed."

She said he was without his wallet and his motorcycle.

Coach Urban Meyer described Karageorge as a hard worker and an important player in practice.