Did ex-Cass Tech star Weber tweet about regret at OSU?

What's going on at Ohio State?

Did ex-Cass Tech star Weber tweet about regret at OSU? 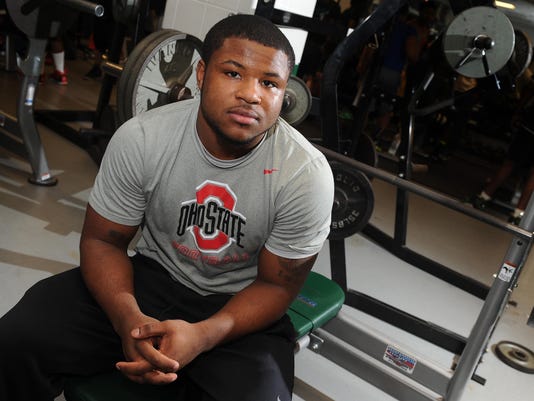 What's going on at Ohio State?

Just moments after the Buckeyes' 17-14 loss to Michigan State on Saturday night, star running back Ezekiel Elliott called out his coaches’ play-calling, then announced he would be leaving for the NFL draft with one year of college eligibility remaining.

Then, shortly after that, backup quarterback Cardale Jones, who led the Buckeyes to the national championship a year ago, said he was leaving, too, in a post on Twitter.

Now comes what could be interpreted as apparent discontent from freshman running back Mike Weber, a former Detroit Cass Tech star who thought long and hard before choosing Ohio State over Michigan.

In a post on Twitter early Monday morning, Weber wrote, “Boy if I could do it all again.”

Boy if I could do it all again

Of course, we don't know that Weber was tweeting about football. He didn't immediately return a message from The News.

But it is at least interesting, given the recruitment of Weber made national news in January and February, as he was torn between Michigan and Ohio State. Finally, amid all sorts of suspense, he chose the Buckeyes on Signing Day, calling them “a better fit.”

Then, the day after he signed, Ohio State running backs coach Stan Drayton left the Buckeyes for a job with the NFL’s Chicago Bears, catching Weber off guard. Weber said he was “hurt” by the departure.

Early in the recruiting process, Weber also was said to strongly be considering Michigan State, but backed out after the Spartans got a commitment from LJ Scott.

Weber hasn’t played this season, after tearing his meniscus in August. It was believed he’d be back in three or four weeks, but he hasn’t made it back and appears likely to redshirt.

It’s unclear if Weber will make the trip Saturday to Ann Arbor for the big Ohio State-Michigan game.