The Detroit News breaks down the football schedules for each Big Ten team, ranking them from toughest to easiest, including nonconference games.

The Big Ten Conference is one of the country's most rugged, and this season should be no different.

And, while talent and coaching undoubtedly go a long way in shaping how far a team can go, so can the schedule — who a team plays (and where), and who it doesn't.

We're going to take a look at which teams have the toughest roads to hoe in the Big Ten, also accounting for the nonconference schedule that obviously has zero bearing on the conference race, but does play a role in qualifying for bowls, and possibly a spot in the College Football Playoff.

There's nothing scientific here — no secret formula or complex arithmetic — but just eyeballing each schedule to get a sense of each team's path to success. However, we did take a look at a couple of factors we used as guideposts to help put these rankings on paper.

One is NCAA.com's preseason rankings, which came out this week. They aren't the Associated Press or coaches polls that are used throughout the season, but they do offer an updated peek at which teams figure to be among the country's best, as opposed to the slew of "way-too-early" rankings that come out in the winter and spring.

We also took a look at each opponent's record from last season, identifying those teams that finished .500 or better. That obviously doesn't guarantee continued success (look at Michigan State's 2015 and 2016 seasons as an example), nor does a poor season guarantee future struggles (Nebraska is a preseason top 20 team, according to NCAA.com, after going 4-8 in 2018). But, it does give us a general sense of how teams could be this season. 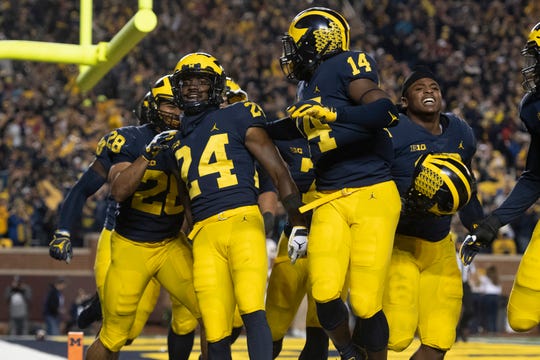 ► The skinny: Much was made of Michigan's tough sledding last season, when it faced rivals Notre Dame, Michigan State and Ohio State on the road (losing two of the three). And, though the Wolverines get those three at home this season, the rest of their schedule isn't any easier. Michigan faces three teams that won at least 11 games last season (Army, Notre Dame and Ohio State) — again, getting them all at home — and eight that finished .500 or better, matching Rutgers and Iowa for most. Michigan is the only Big Ten team to face a preseason top 25 team in its nonconference schedule (Notre Dame). If Michigan makes a run to the College Football Playoffs, it'll have earned it. 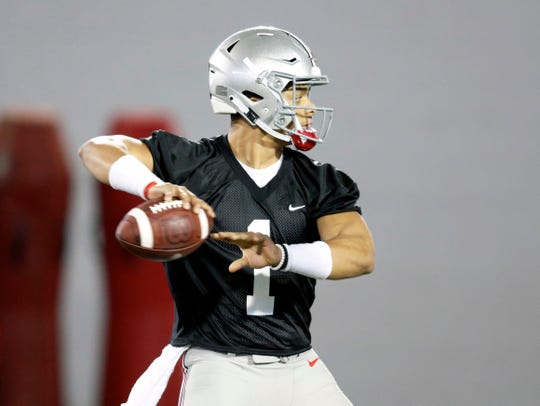 ► The skinny: Ryan Day's first full season as the Buckeyes' head coach includes the usual pitfalls of the Big Ten East, with games against Penn State, Michigan State and the annual grudge match vs. Michigan, this time in Ann Arbor. Ohio State's crossover games are against defending West Division champ Northwestern in Evanston, Wisconsin, and up-and-coming Nebraska. Its nonconference slate includes a game against Cincinnati, which won 11 games last season. 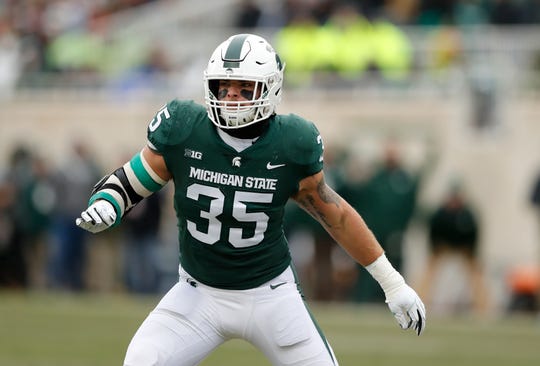 ►The skinny: A season after getting Michigan and Ohio State at home (losing both), Michigan State has to hit the road to take on the presumed Big Ten East heavyweights. That's a familiar refrain for the Spartans, who face four of five opponents in the preseason top 25 away from Spartan Stadium, including crossover games at Northwestern and Wisconsin. Michigan State's nonconference slate (all at home) is fairly pedestrian, though Arizona State and Western Michigan were bowl teams a year ago, and the Sun Devils hung a loss on the Spartans last season in Tempe. 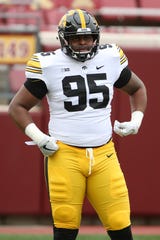 ►The skinny: If Iowa's going to challenge in the West Division, it's going to have to take care of business away from home, with games at Wisconsin, Northwestern and Nebraska, plus a crossover game at Michigan. The Hawkeyes have a five-week stretch in which they'll face Michigan, Penn State, Northwestern and Wisconsin, with a home game against Purdue in the middle. Not fun. Iowa's nonconference schedule includes a road game against in-state rival Iowa State, an eight-game winner last season.

►The skinny: Wisconsin, coming off a disappointing five-loss season, has a brutal Big Ten crossover schedule, getting Michigan State, Michigan and Ohio State, though the Badgers do get the Spartans and Wolverines in Madison. Wisconsin also gets key West Division games against Northwestern and Iowa at home, and hosts two Mid-American Conference teams that won three games combined last season.

► The skinny: Like Iowa, Northwestern also faces a brutal five-week stretch in the middle of the season, facing potential top 25 foes Michigan State, Wisconsin, Nebraska, Ohio State and Iowa consecutively — three of those on the road. Northwestern opens the season at Stanford, which won nine games last season, but finishes with three of its last four at home, and all are winnable. 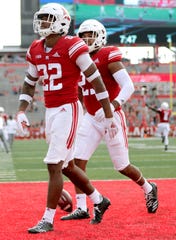 ► The skinny: Rutgers' final three weeks are tough, with Ohio State and Michigan State coming to New Jersey before wrapping up at Penn State. Rutgers also must travel to Iowa and Michigan. Rutgers is one of three teams in the conference that has eight opponents who finished .500 or better last season; the Scarlet Knights get five of them at home. 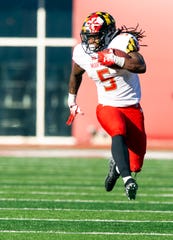 ► The skinny: Maryland's final four weeks is its toughest stretch of the season, with first-year head coach Mike Locksley guiding the Terrapins into games against Michigan, Ohio State, Nebraska and Michigan State, getting the Wolverines and Buckeyes at home. Maryland gets dinged for scheduling non-FBS opponent Howard, though Syracuse and Temple are coming off strong seasons. 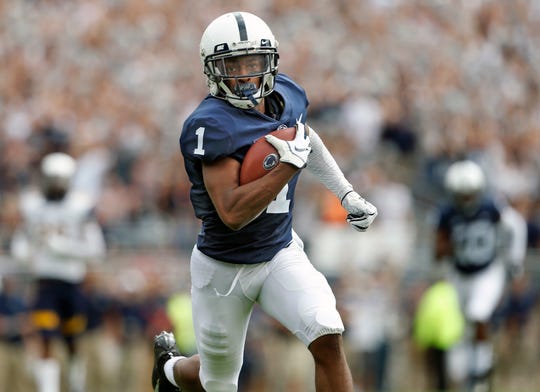 ► The skinny: Penn State has the usual East Division suspects, including Michigan State and Ohio State on the road (and Michigan at home), but not much else after a road game at Iowa. Sure, Pittsburgh and Buffalo landed in bowl games last season, but the Nittany Lions' schedule also includes Idaho, which won four games in the FCS last season. 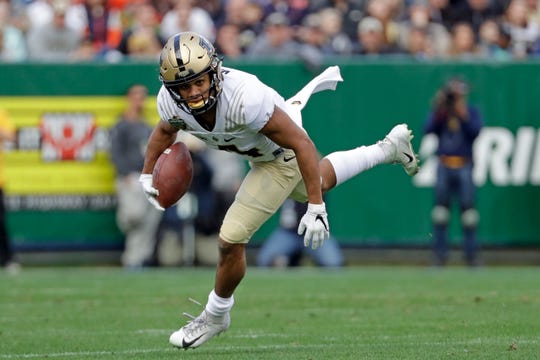 ► The skinny: Purdue has tough West Division slate, with road games at presumed division favorites Iowa, Northwestern and Wisconsin. The Boilermakers also travel to Penn State, though they miss Michigan and Ohio State in crossover games. Purdue's nonconference slate is nothing to grouse about, with an opener at Nevada — which won eight games last season — and includes Texas Christian of the Big 12 and Vanderbilt of the Southeastern Conference. 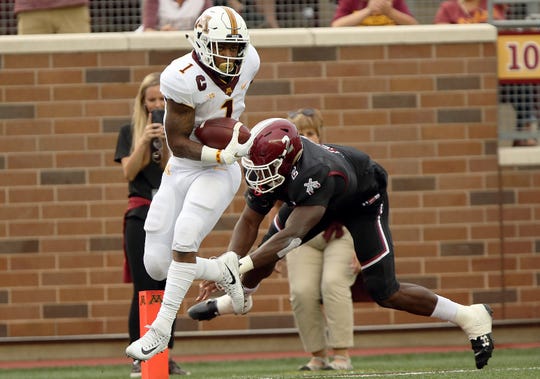 ► The skinny: November could either be brutal or exciting for Minnesota, with a stretch that includes home games against Penn State and Wisconsin sandwiched around road games at Iowa and Northwestern. The Golden Gophers' nonconference schedule is deceiving, with games against South Dakota State of the FCS and Georgia Southern of the Sun Belt Conference. Easy pickings? Probably. But, South Dakota State did make the FCS national semifinals last season, and Georgia Southern did win 10 games, including its bowl. And, Fresno State is the defending Mountain West Conference champion, winning 12 games. 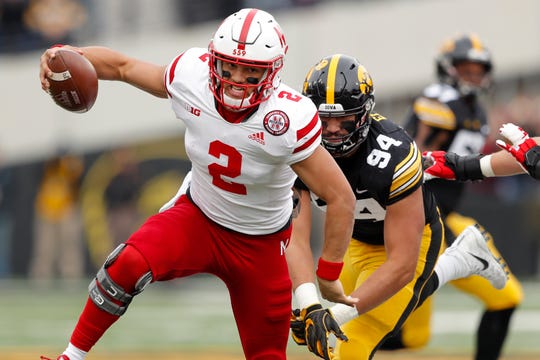 ► The skinny: Nebraska has just four preseason top 25 foes on its schedule, and gets them all at home. After opening Big Ten play at Illinois, Nebraska faces Ohio State, Northwestern and then travels to Minnesota, which should give us a good idea about the direction of the program in Scott Frost's second season. The Cornhuskers are one of the few Big Ten teams to take on a defending conference champion in their nonconference schedule, hosting Northern Illinois of the Mid-American Conference. 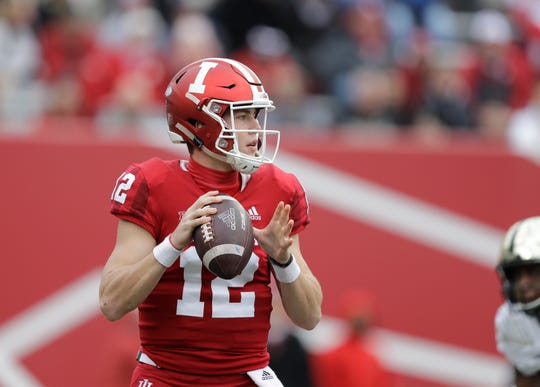 ► The skinny: Indiana has what appears to be the easiest nonconference schedule in the Big Ten. Ball State was an also-ran in the Mid-American Conference, and it only gets easier from there for the Hoosiers, with games against Eastern Illnois (a three-win FCS team in 2018) and Connecticut (1-11 last season). Indiana plays in the East, so its schedule has heavyweights in Ohio State, Michigan, Penn State and Michigan State. 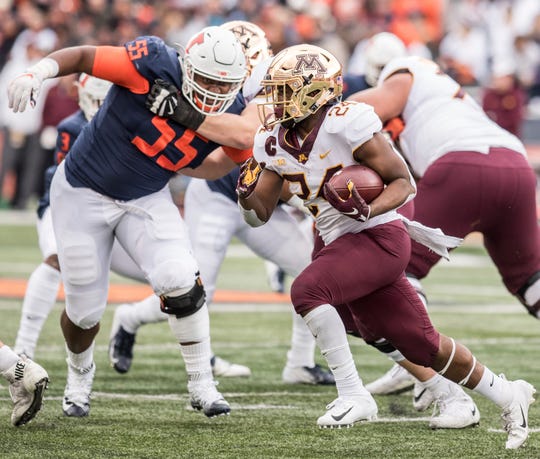 ► The skinny: Illinois' nonconference schedule is slightly tougher than Indiana's, though they share a common opponent in Connecticut (1-11 last season). Because the Fighting Illini play in the West, they miss crossover games against Ohio State and Penn State, and have their two toughest opponents — Michigan and Wisconsin — at home.