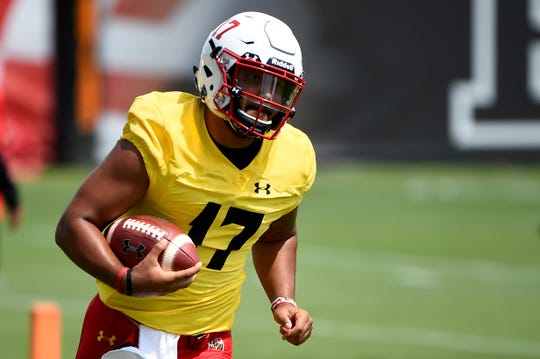 Jackson earned his undergraduate degree at Virginia Tech before transferring to Maryland in May. The junior started all 13 games for the Hokies in 2017 as a redshirt freshman and started the first three games last year before sustaining a season-ending leg injury.

Two years ago, Jackson led all Power Five freshman with 2,991 yards passing and ranked second with 20 touchdown passes. He also ran for 324 yards and six scores.

Pigrome played well last year for the Terrapins and may see action as the backup.

Locksley says, “We’ll find ways to utilize each of their talents, but are confident with Josh leading the team.”

Jackson led Saline to a berth in the Division 1 state title game in 2014.